New Dead Rising Game Could Be In The Works

Dead Rising is everyone's favorite zombie slaying sandbox style game and with the recent release of Off The Record the game series can only continue to grow right? According to a Facebook post on Dead Rising Facebook page Frank is asking fans for what else to pack for his "Tropical Paradise" trip. This has opened fans to the idea of a Dead Rising game being in the cards which will be based on a remote island like Dead Island. 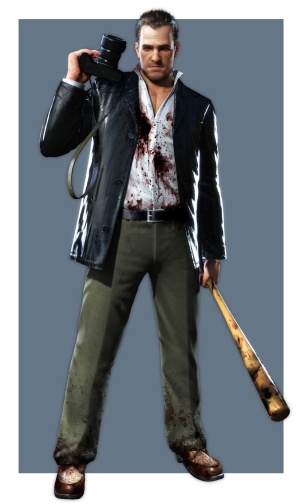 Frank is going for a tropical get away, he has his Baseball bat, Camera and notebook packed up and he wants your suggestions on what to take along with him for his next adventure. Could his tropical get away be Dead Island done Dead Rising style? With hilarious weapons duct taped together and witty one liners to fallen bosses? Considering how Dead Island would be substantially better with a touch of Frank West I can easily say that I am really looking forward to Franks next big adventure.

"I'm getting packing for my new adventure – camera, notebook and baseball bat. What else would i need for a break in paradise? - Frank"

And HERE is a link to the post in question too so you can drop your suggestion to Frank on what should accompany him on his next adventure and hope it's included in the next game. Although this is just a Facebook post right now who is to say that Capcom won't release an official teaser or trailer in the future? I for one will definitely keep my eyes peeled for signs of such a thing, and in the meanwhile I will continue to enjoy Dead Rising Off The Record