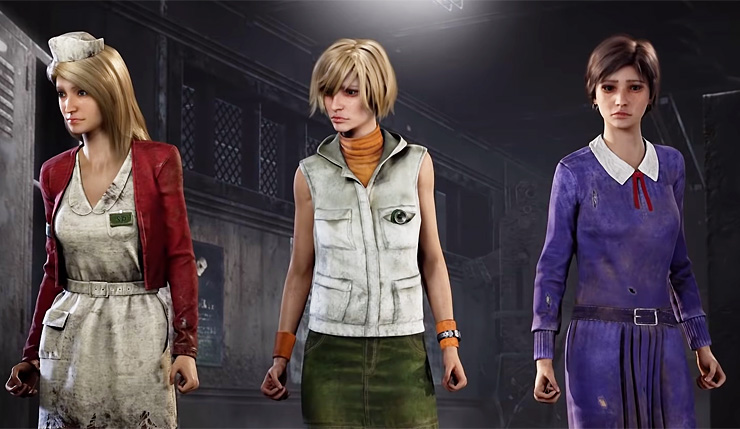 Last month Silent Hill fans got a jolt of excitement when it was announced a new…bundle of SH-themed DLC was coming to Dead by Daylight. Okay, not the new game reveal everyone wanted, but still, Dead by Daylight is a fun time and this DLC may be a hint of things to come.

We may still be waiting on any full game announcements from Konami, but the Day by Daylight Silent Hill Chapter is available to download now! The DLC adds Pyramid Head as a new Killer, Cheryl Mason as a Survivor, and a map based on the iconic Midwich Elementary School from the original Silent Hill. Cheryl also comes with a variety of skins, which can make her look like Lisa Garland, Alessa Gillespie, or others. Check out a trailer for the Silent Hill Collection, below.

The Executioner’s Power: Rites of Judgement

Press and hold the Power button to activate. Once activated, move in any direction to carve a trail into the ground. Release the button to finish carving. Survivors who walk or run on the trail will trigger Killer Instinct and be afflicted with Torment. Survivors under the effect of Torment may be sent to a Cage of Atonement by The Executioner while they are in the dying state.

Dead by Daylight is available now on PC, Xbox One, PS4, Nintendo Switch, and mobile platforms. The Silent Hill Chapter will set you back $7.