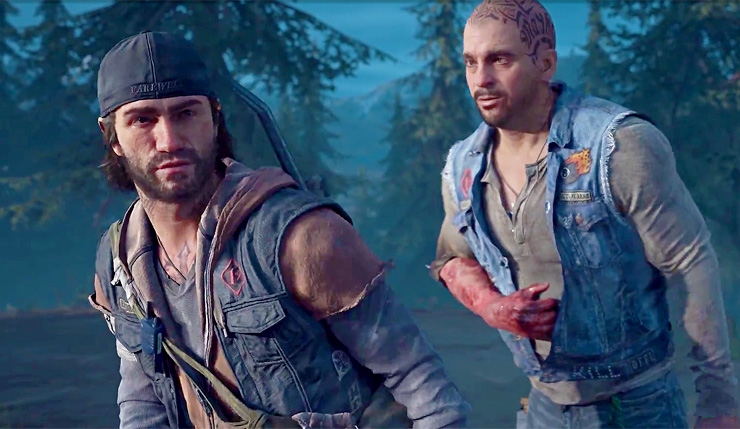 This month Game Informer (subscribe here) is pulling the curtain back on the PS4-exclusive survival game Days Gone in a big way, with a full month of coverage. A variety of interesting tidbits have already been revealed, but now GI has kicked it up a notch by revealing the first 50-or-so minutes of the game. Unfortunately, we can’t embed the video, but you can check it out by clicking the image, below. 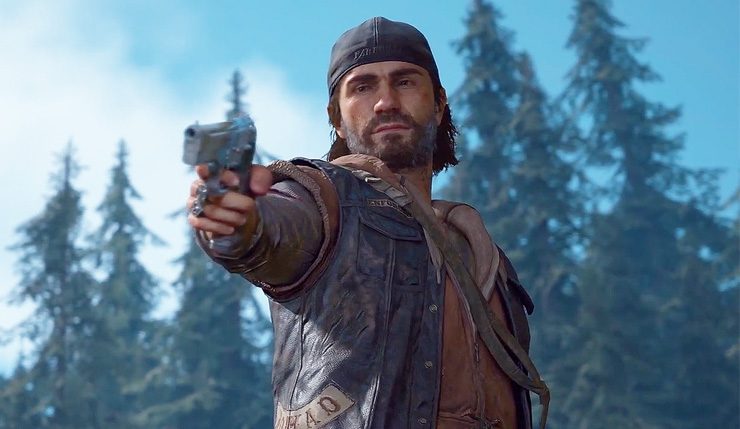 For those who don’t have an hour to spare, the video packs in a whole lot of stuff. The game starts with player character Deacon and his best friend Boozer chasing down Leon, a scumbag who beat up a friend and stole their drugs. Deacon eventually catches Leon using his tracking skills, and, after a shootout, has to choose between giving him a merciful death or leaving him to the freakers (the folks playing choose the latter).

Unfortunately, Deacon’s bike is damaged catching Leon, so you set off to an old rest stop called Crazy Willie’s for supplies. Along the way, Deacon and Boozer must make their way through a dark, creepy tunnel, take out some freaker nests, battle terrifying child zombies called “newts,” and run up against the Rippers, a nasty cult that worships the freakers. We also get a peek at Deacon and Boozer’s headquarters, which is located in an old ranger’s station, and one of the game’s encampments. Oh, and Deacon loses his souped-up bike, permanently, and is forced to start building a new one. Booo!

The video features full commentary by Days Gone director Jeff Ross and creative director John Garvin. They talk about way more than we can relay here, but some interesting subjects covered include player choice and agency:

“Deacon St. John is in a certain place at the start of the story, he's got a certain moral compass, but the player has some agency over that. Things you do in the game are going to have an impact, especially on your best friend Boozer. [Choosing whether to shoot Leon] is a marquee moment where you get to choose how you're going to affect your brother in the game. There's [more than a dozen chances to affect the story]. [Decision points] are pretty rare, but there are also optional jobs you can do, and optional missions you can do that all effect how the story is going to evolve.”

“It’s the high desert, the equivalent of central Oregon. We hadn’t seen a lot of games that used this environment. It’s got these little truck stops like Crazy Willie’s that are quaint and touristy, but also really run down, even before the world ended. You’re surrounded by all the buttes and canyons that were formed by lava flows 100,000 years ago. So it’s a very, very unique environment.”

“The newts were adolescents when they were infected. Newts, because they’re smaller, tend to stay out of the way of swarmers, which are adult males and females. So, [newts] won’t attack you, unless you’re wounded, or if you climb up to where they live, which is on the rooftops of things.”

Brrrr! Days gone is still in pre-beta, so the footage is a bit rough – the framerate seems to be a bit unstable, and some glitches pop up, but overall, Days Gone looks promising enough. The game doesn’t do anything too groundbreaking, but its world looks pleasingly detailed and cohesive. The video is definitely worth checking out for yourself if you have the time.