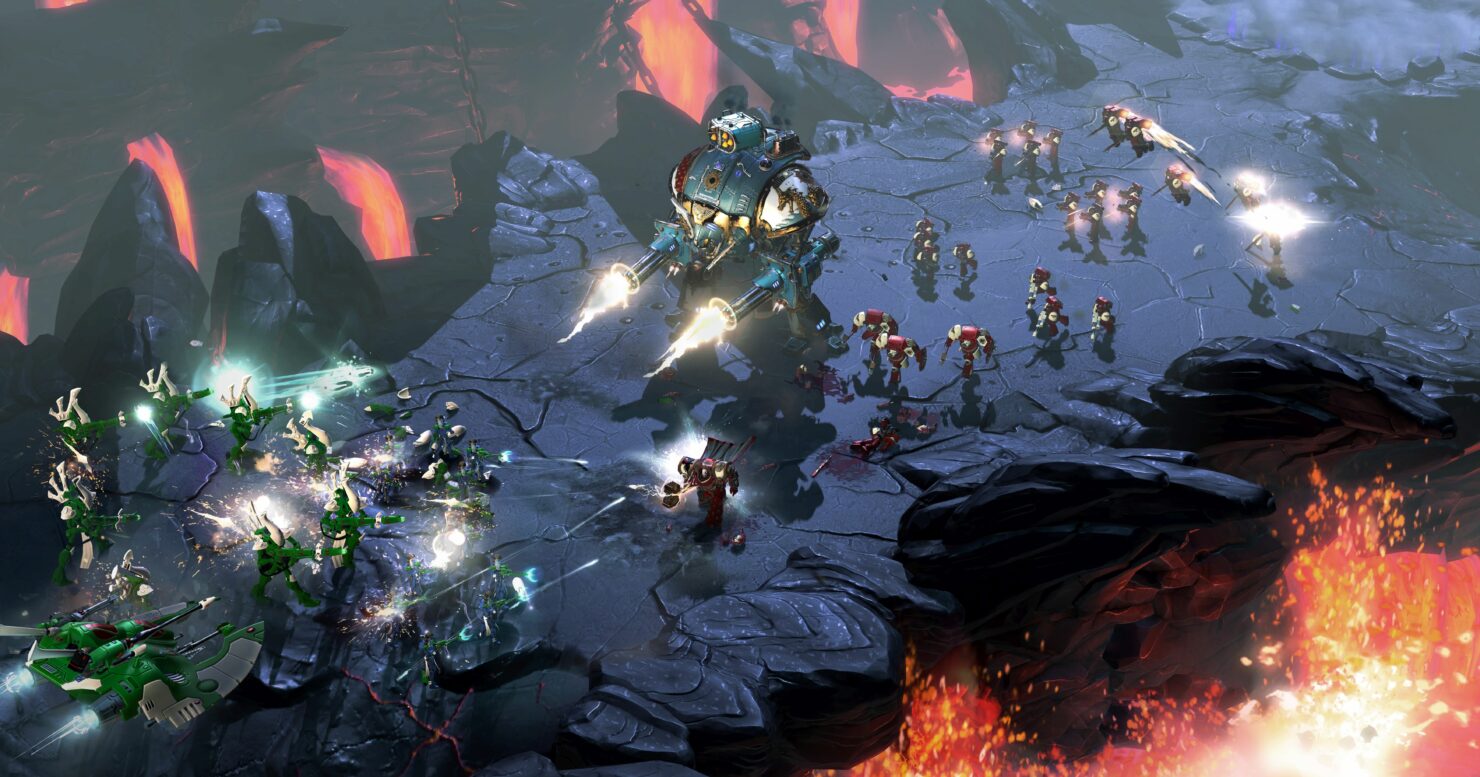 When three armies all want the same treasure, it's time for Waaaaagh. Relic Entertainment and SEGA released a handful of trailers introducing the leaders of the three factions battling it out in Dawn of War III.

Space Marines, Eldar, and Orks are back to murdering each other when word spreads of an ancient artifact called the Spear of Khaine. Each side has their reasons for wanting the spear but it seems like none of them are willing to share it with other factions.

First, we meet the Chapter Leader of the Blood Ravens Space Marines, Gabriel Angelos, leading the Empire's forces with his giant hammer and bad attitude. Next, we have Farseer Mach, who's a familiar face for those you played the first Dawn of War. She leads the technologically advanced Eldar who need the Spear in order to prevent their entire race from becoming extinct. Last, but not least, Gorgutz ‘Ead’unter and his insane horde of Orks do what they do best and declare war on the Humans and the Eldar.

Dawn of War III heads to PC later this year. Below is an excerpt from our hands-on impression from EGX where we had plenty of great things to say about the RTS:

As much as I don’t like to use the term, Dawn of War III is a true AAA title. The detail of the visuals, the audio and the design of the maps and the units, their abilities and more. It really gives you the feeling of a true, huge release, strategy game. Not only that, in what was close to an hour on the game, I found nothing to truly complain about. There are aspects I found strange, but even those I understood. Strategy fans, here’s a game to watch and it’s due sometime next year.