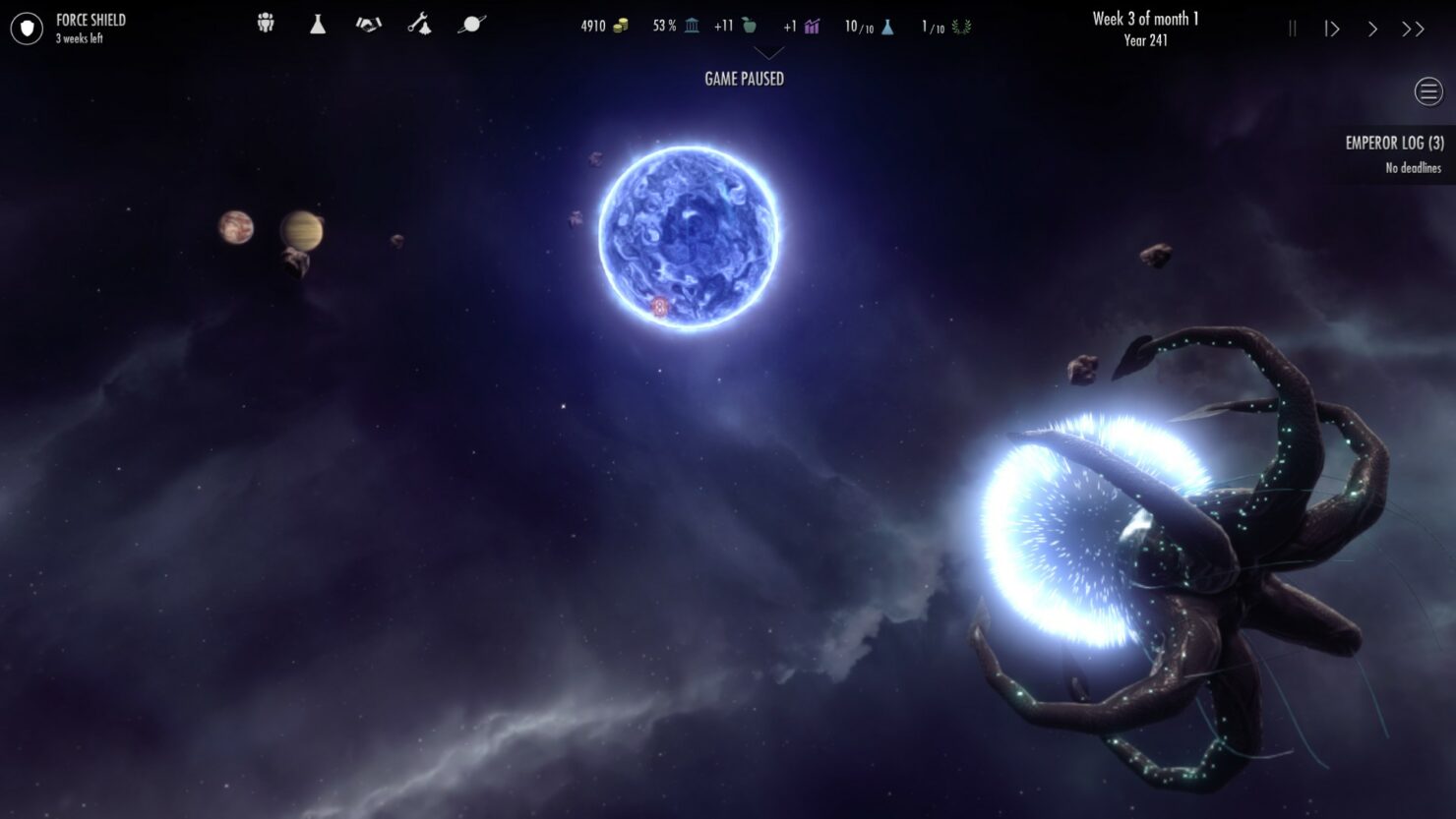 Iceberg Interactive and Grey Wold Entertainment just announced everything you can expect from the massive Titans update for the sci-fi 4X game, Dawn of Andromeda.

Dawn of Andromeda has you build your very own space empire as you colonize planets, work on your intergalactic diplomacy and get into epic space battles.

The new Titan update introduces a new ship class called The Titans, additional game events, and deadly space creatures. Below is just a handful of what's being added in this update:

You can read the complete changelog right here. Colony management and UI improvements take up a big chunk of the patch notes along with some balance tweaks.

Mike Domingues, lead developer at Grey Wolf Entertainment explained just how valuable Early Access has been in the development process:

We are very happy to announce the release of the biggest update we’ve done so far, codenamed Titan. The past two months have been very exciting for us, we’ve received some great feedback from the community and we already feel Dawn of Andromeda has come a long way since the first build we released in Steam’s Early Access. There is still work to do but we are very happy with the progress so far and can’t wait to show what we have in store for the near future.

Dawn of Andromeda is currently in Early Access with an expected release for March on the PC.