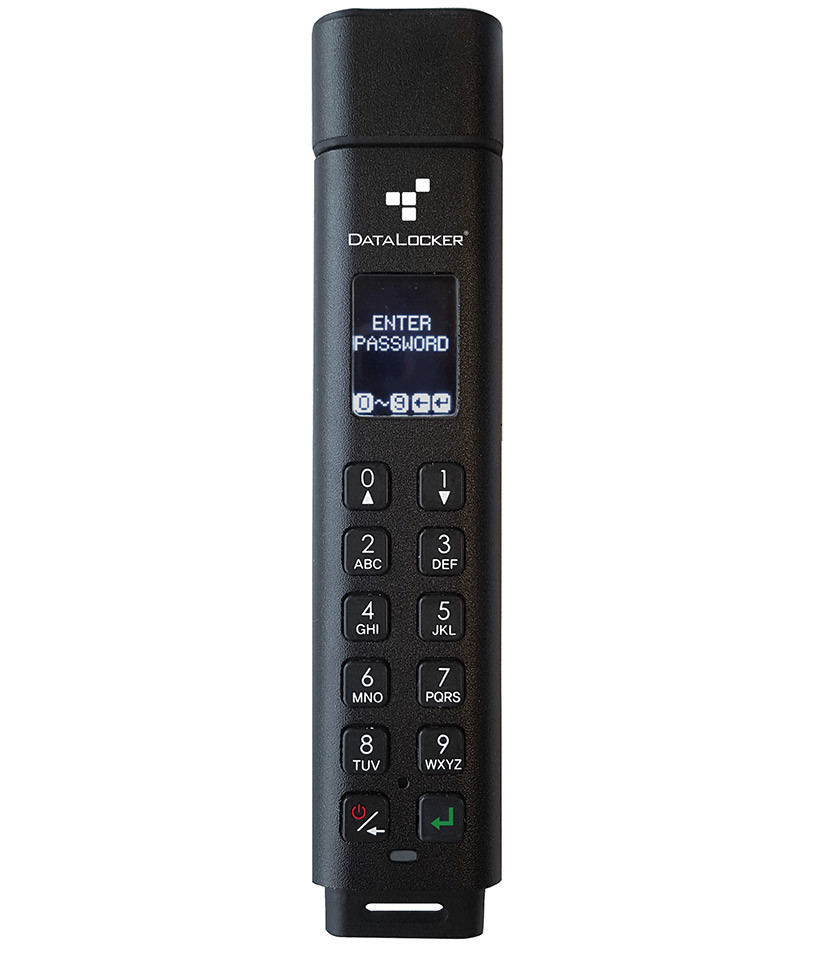 While many of our readers are general consumers without the need for encrypted storage, there are the few who might be interested in a product like this one, which features AES encryption and an alpha numeric keypad with up to a 256GB Capacity that has both FIPS 197 and IP 57 Certifications.

The Sentry K300 is the industry's only platform-independent and OS agnostic keypad flash drive which incorporates an OLED display and represents the next generation of encrypted data storage products. In addition to the display's true alpha-numeric password-based authentication, the Sentry K300 offers users a full featured, visual based menu driven system to easily change passwords, set password policy and enable other security features without needing to consult a user manual. The Sentry K300 utilizes micro SSD flash memory to offer unparalleled speed and performance.

"The Sentry K300 is the next generation of DataLocker's flagship encrypted storage solutions that uses alpha-numeric keypads for secure access to data. This drive is the perfect tool for security conscious mobile users who require a bootable and fast encrypted storage device for BYOD environments. The K300 can be used with absolutely any device, tablet, mobile phone, computer or kiosk that supports USB mass storage,"

The Sentry K300 requires no software or special drivers, and easily works with Windows, Linux, Mac, Android phones and tablets, Chromebooks, and embedded systems that can use USB mass storage. The K300 has its own power supply and can be used as a bootable device running Windows to Go, Ubuntu Linux, or local operating systems. The Sentry K300 offers User and Admin roles, read only mode, an Admin configurable password policy, an auto-lock feature, and rapid secure wipe in case the drive is lost or stolen. The Sentry K300 is designed to be managed by SafeConsole , DataLocker's flagship central management platform.

Datalocker has released the drives which are now available on Amazon in capacities of 8GB, 16GB, 32GB, 128GB and 256GB