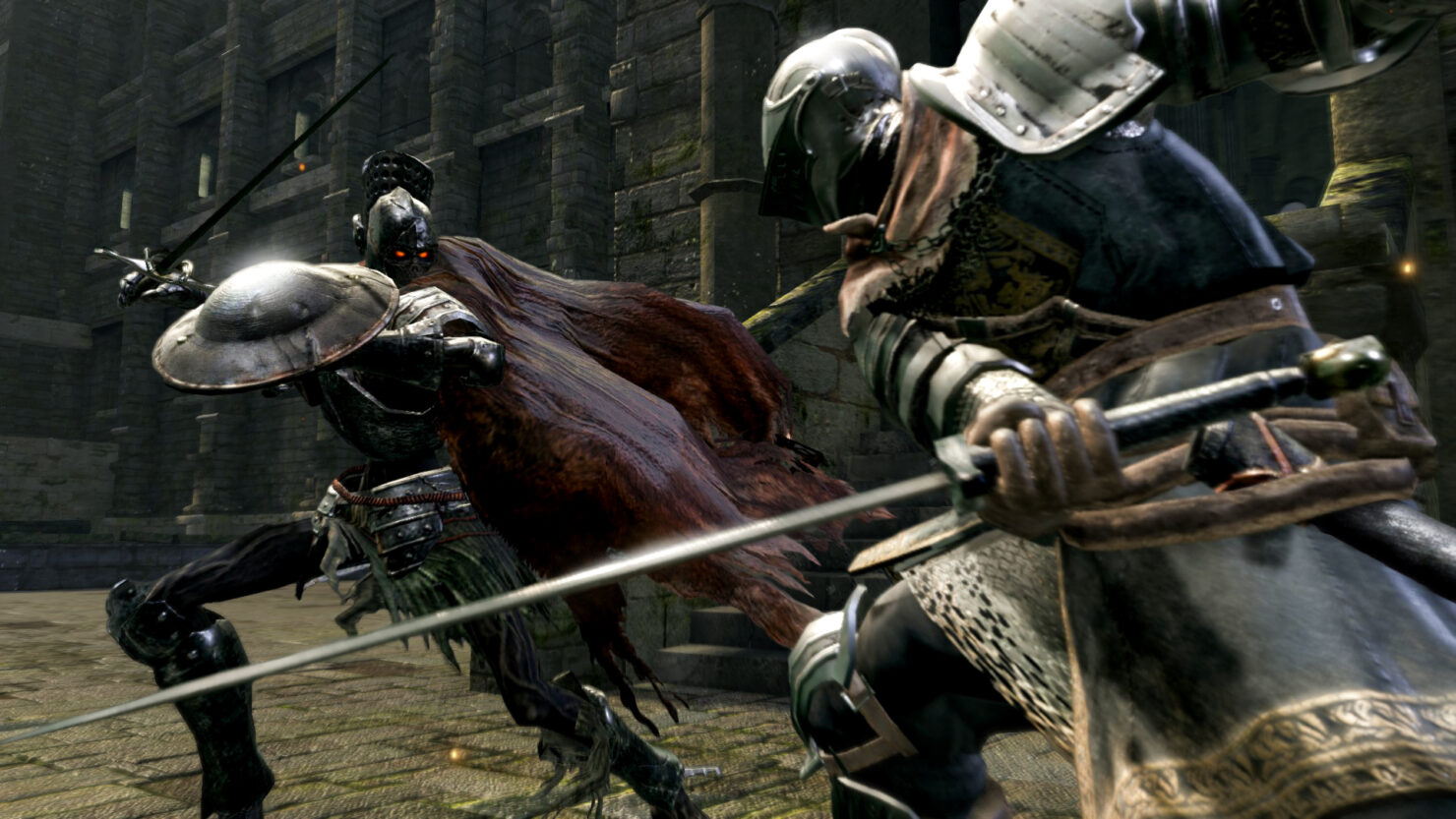 Last week, I had the opportunity to once again wander back into the safety of Firelink Shrine and take on the Taurus Demon in Dark Souls Remastered. If like many you’ve played through the Dark Souls series before, you’ll know exactly why getting a remaster of this game is such a big deal, not to mention the fact that for the first time, we’ll be able to play it on-the-go on the Nintendo Switch. It has been a fair few years since its initial release so if you have, by some terrible chain of circumstances managed to avoid this game for all this time, should you bother trying to get into it now? Yes, you absolutely should. If you’ve already played it countless times, here are a few updates that may tease you into buying yet another copy of this classic.

So, what’s different about the remastered version? The biggest change has to be the improved frame rate which has been doubled from 30fps to 60fps. In a game like Dark Souls which requires carefully timed dodges and attacks, this change makes a huge difference to the gameplay. The visuals have also seen a nice upgrade as the game now runs at 1080p on base Xbox One/PlayStation 4 hardware, upscaled 4K on the PlayStation 4 Pro and the Xbox One X. As for the textures, they do look better compared to the game on the last generation consoles, but when compared to the PC version with the DSFix mod enabled, there isn’t that much to separate the two versions. 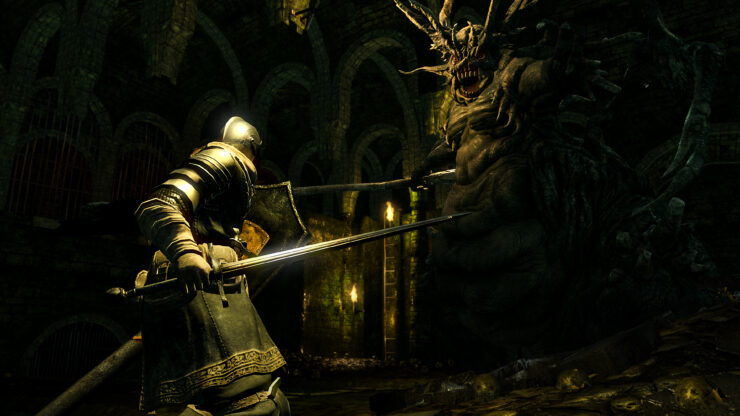 Unlike the original game which allowed players to summon in two friends for cooperative play, Bandai Namco claims up to six players can play online together at once. I did not have the chance to test out the multiplayer myself, however, it is likely the developers have upped the number of cooperative partners to four (matching Dark Souls 3). The online experience should be much smoother this time with Dark Souls Remastered sporting dedicated servers instead of peer to peer matchmaking,

To say the story of Dark Souls is complicated would be somewhat of an understatement, I mean, there are YouTube channels dedicated to breaking down the series lore! The game begins with a cutscene that talks about a world ruled by dragons, then there’s the First Flame that brought life and souls to the world, then there was something about Lord Souls… it’s a long story. The player is left to interpret everything, from the world design and lines of dialogue right down to flavor text on items. I can’t say I’ve ever taken the time to look into any of this stuff myself, but that in itself is a strength of Dark Souls. The story never gets in the way of the gameplay, and when you are ready to start paying attention you’ll only end up having a greater appreciation for the series overall. 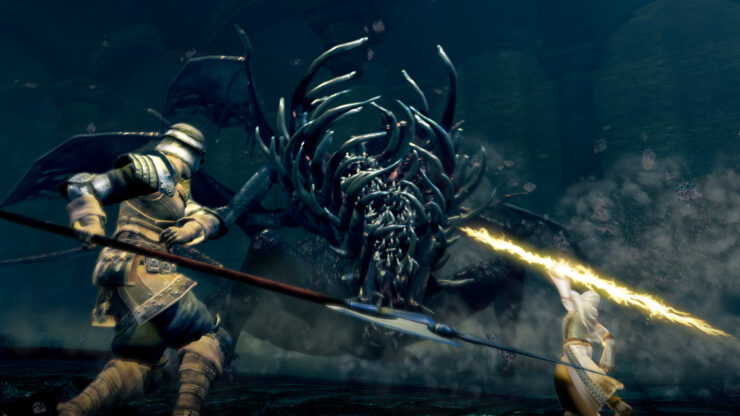 There’s one thing everyone knows about Dark Souls regardless of whether they’ve played it or not: the series is extremely difficult. Hell, the PC version was even named Dark Souls: Prepare To Die. Don’t let the perceived difficulty of the game put you off playing it, it’s really not that bad. Dark Souls teaches you very early on not to rush through the game or you will be punished for it. All you have to do is take your time when exploring an area, learn the attack patterns of your enemies (which are usually straightforward) and assign your skill points to match your playstyle. Most people struggle with Dark Souls at first because they try to play it like any other action role-playing game, but Dark Souls is completely different.

One of the ‘enhancements’ made to Dark Souls Remastered is the heavy use of motion blur. Unfortunately, this graphical setting cannot be turned off, at least it’s not an option on this build of the game. I also experienced freezing every few minutes, though this most likely will not be the case when the game comes out. Dark Souls Remastered is also coming to the Nintendo Switch. I didn’t have a chance to try out this version of the game, though it has been confirmed that the Switch version will run at 30fps in both handheld and docked mode. It’s likely the Nintendo Switch version will run similarly to the original Xbox 360/PlayStation 3 versions of the game. Let’s just hope Blighttown runs smoothly this time around! 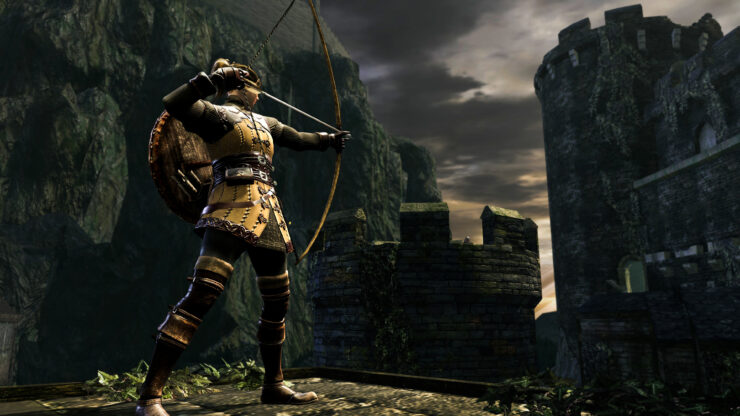