Dark Souls 3, the third entry in FormSoftware and Bandai Namco’s relentlessly challenging action role-playing video game series, is still more than a couple of weeks away from rolling out worldwide, but PlayStation 4 and Xbox One players in Japan will be able to get their hands on the game no later than tomorrow, and of course since this is one of the most anticipated games coming out this year, players already have acquired their copies and are now sharing the gameplay online. 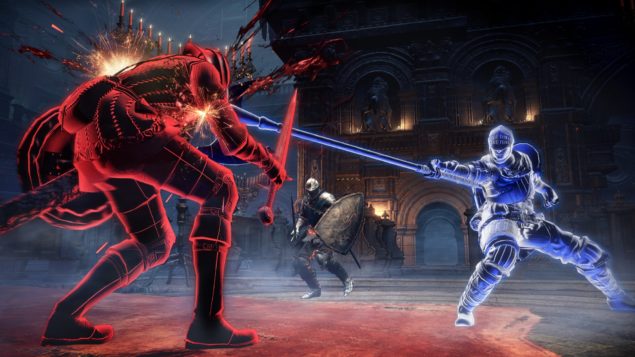 Set in third-person perspective like previous games in the series, Dark Souls 3 is not at all easier, but more accessible than its predecessors. The action packed hardcore, terribly horrifying and difficult game has a “gameplay design that follows closely from Dark Souls 2." The world of Dark Souls 3 is equally dark, frustrating, and - looking at all this leaked gameplay – bloody fantastic.

Courtesy of YouTube users Hachi 83, takahiro aida and せいずぃーちゃんねる, you can check out this large batch of gameplay from the PlayStation 4 version of Dark Souls 3. The leaked footage shows pretty much everything from intro to game options and controls, player selection and character customization, weaponry, sword action, and of course, boss fights.

But before you treat yourself with the leaked gameplay footage, check out these advanced graphical options that PC version of the game will have to offer upon its release.  The graphical options, showcases during IGN's livestream, feature basic settings such as texture quality, anti-aliasing, and SSAO.  Reflection, water surface, and shader quality options are also present. You can check out all the options in the screenshot below. 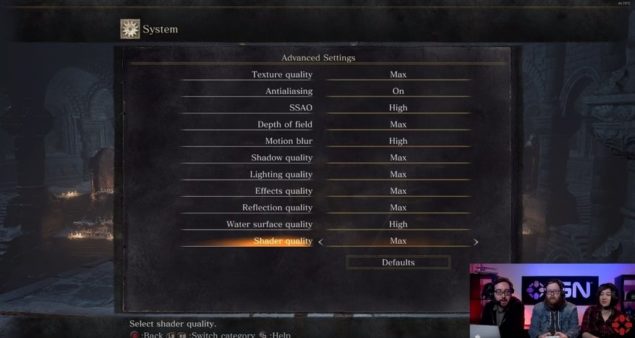 Obviously, you will kind of ruin the gameplay experience for yourself with spoilers if you choose to watch the leaked footage, so if you want to go in blind when you buy the game, either just check out these new recommended and minimum PC specifications for the game or go check out this latest launch trailer.