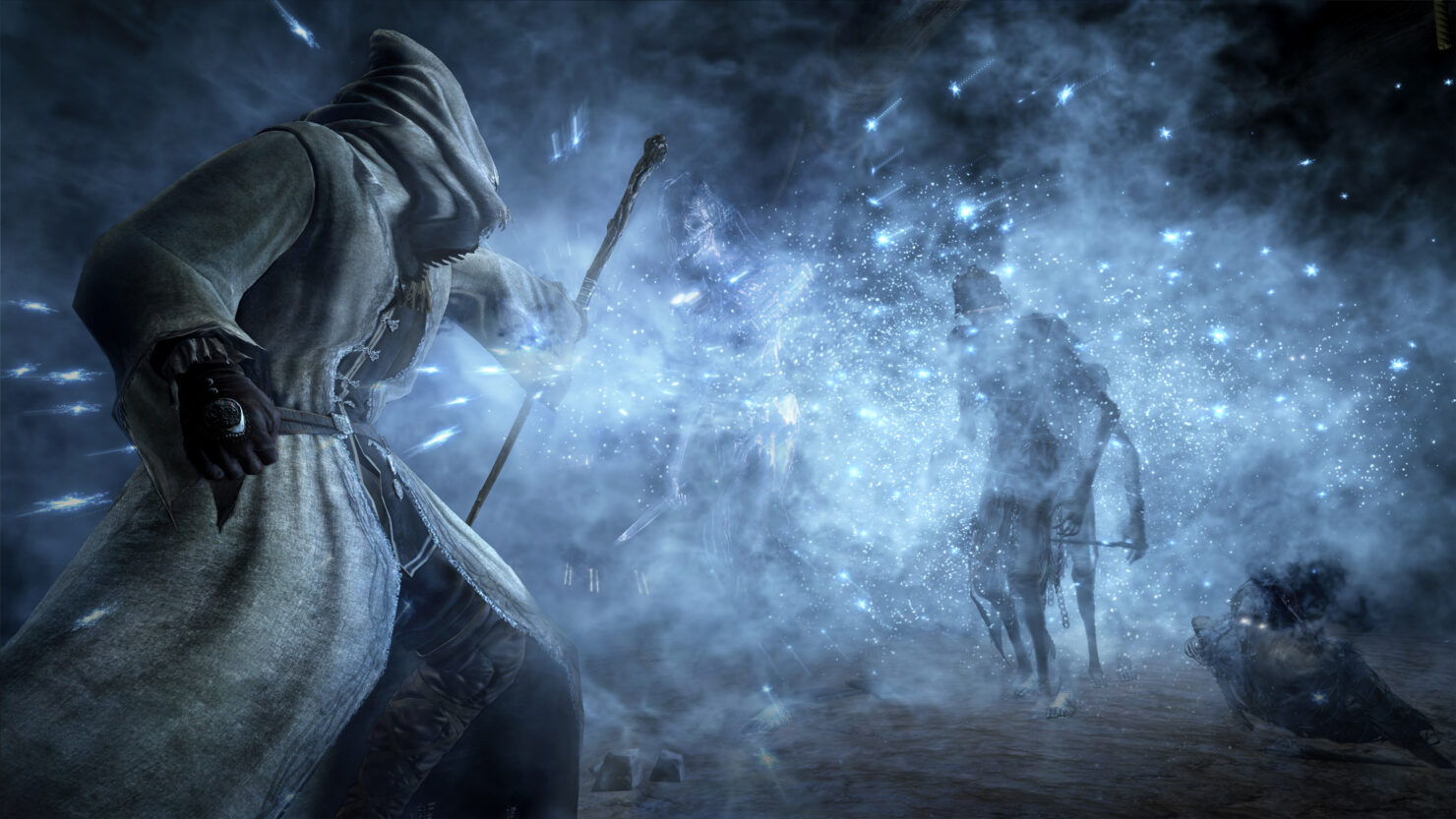 Yesterday, Bandai Namco and From Software shared a new Dark Souls 3 Ashes of Ariandel DLC trailer, giving us a glimpse of what players will experience in the upcoming DLC pack. Not much is currently known about the additional content coming next month, but we have managed to learn some interesting new details thanks to a new Japanese interview.

Speaking with IGN Japan, From Software president Hidetaka Miyazaki talked about the Dark Souls 3 Ashes of Ariandel DLC pack, stating the DLC will have a major focus on lore, just like the second one launching in early 2017. Both DLC will be part of the same story, but they will have a different feel and theme: Ashes of Ariandel will be coming with a Gothic Horror feel, while the second one will be closer to the main game.

Speaking specifically about the Ashes of Ariandel DLC, Hidetaka Miyazaki revealed how the team mainly wanted to evoke a sense of solitude, and as such opted to use the wide snowfield seen in yesterday's trailer. He admits that they could have chosen a desert setting, but the snow field was more appropriate for the dark story the DLC will portray. This more open field, which represents a different structure than the main game, will be quite big, according to Miyazaki, and filled with a lot of elements, some of them defined as contradictory. This different structure also influenced the new enemy types, who will pose a different type of challenge during combat.