Dark Sky Returns to Android in Form of Darker Sky 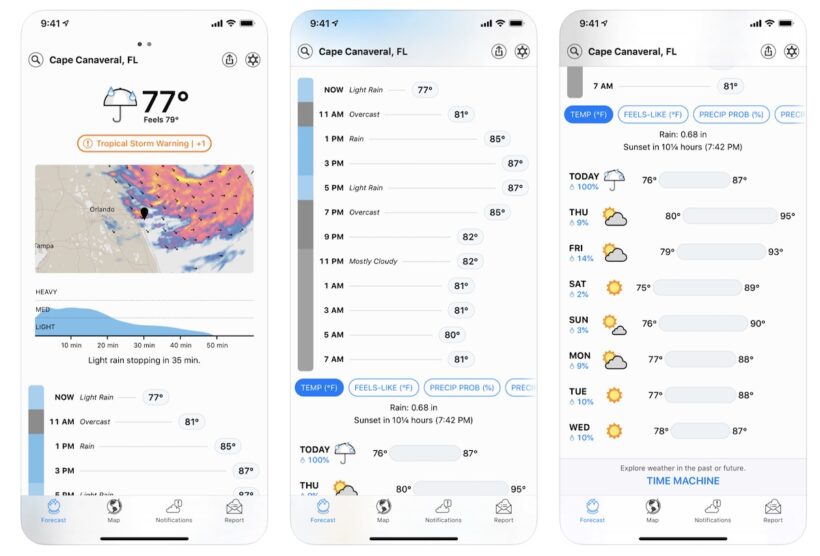 Dark Sky was one of the most popular apps on Android and iOS until Apple acquired the app and killed the Android version. The response was obviously met with outrage but it was something expected. However, in the world of Android, nothing is really dead as there is reverse engineering that still exists on large and that is how Darker Sky was conceived, an app that brings back almost all the features of the original app but does not have paid features, as expected.

Android Developer Decides to Revive Dark Sky in the Form of Darker Sky, a Free Weather App for the Fans

For those wondering, the new app was built by reverse-engineering the Dark Sky APK and then pairing it with the iOS API key for the data. Surprisingly, the project was more than successful since everything you would want from Dark Sky works except the paid features, but that was expected, to begin with. As far as weather report submissions, weather notifications and alerts, and widgets are concerned, everything is still working.

XDA jumped in to provide a bit more context on this ambitious project and stated the following.

Darker Sky was made by a prolific developer and reverse engineer who wishes to remain anonymous since this modification was done on shaky grounds. The developer in question is well-known by us for their work on reverse engineering other popular applications, but they decided a low-profile release was more appropriate this time around.

Considering the grounds on which this app was conceived, we would not be surprised if it gets taken down, It definitely is not making its way to the Google Play Store, and that is what we will have to accept. But if you are interested in using the app, you can head over to Telegram and grab the APK file, and start using it.