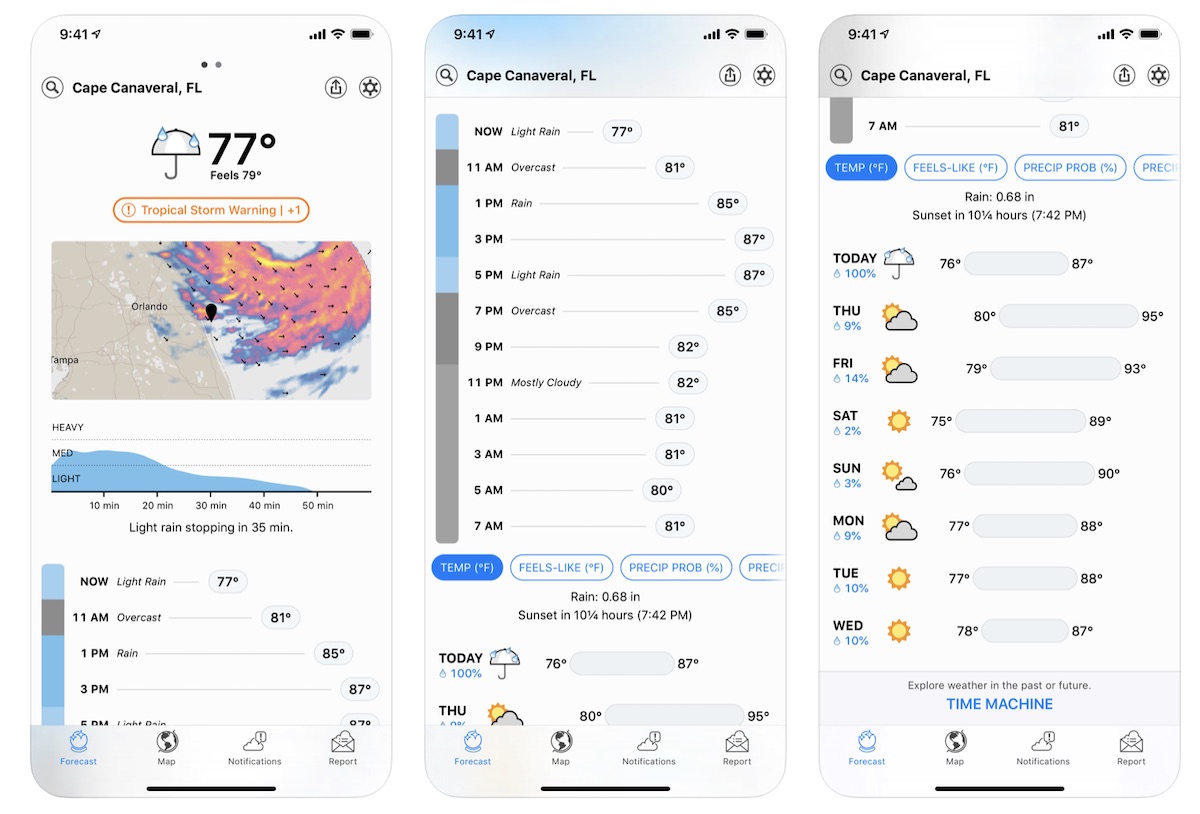 Apple has acquired Dark Sky, one of the best weather apps around. Dark Sky made the announcement today on its blog and confirmed that its iOS app will continue to be available in the App Store, while its Android and Wear OS versions will no longer be available for download.

With Dark Sky's acquisition, Apple finally has a weather app for iPad now. However, you have to pay $3.99 for it, and it's not available in all countries and regions.

Dark Sky made the following announcement on its blog:

Our goal has always been to provide the world with the best weather information possible, to help as many people as we can stay dry and safe, and to do so in a way that respects your privacy.

There is no better place to accomplish these goals than at Apple. We’re thrilled to have the opportunity to reach far more people, with far more impact, than we ever could alone.

As a Dark Sky fan, it is great to know that they got acquired by another company that I like. However, independent developers with amazing products are what keeps smartphones interesting. Dark Sky became popular due to its incredibly accurate forecasts for some parts of the world. Combined with the beautiful and detailed app for iOS and Android, it was the go-to app for most people. After the acquisition, Dark Sky will be shutting down the Android and Wear OS apps on July 1, 2020.

Dark Sky also had an API that was used by many popular third-party apps like Carrot Weather, Hello Weather and the likes. The company announced that the API will continue to work until the end of 2021.

Here is what Carrot Weather had to say about the acquisition:

Congrats to the Dark Sky meatbags on the acquisition. To those concerned about what this means for me, I have lots of other amazing weather providers and 1.5 years to make the transition! I’ll be around until the sun finally sets on humanity.

Hello Weather also announced that its app will continue to work even after the API is shut down:

Hey friends, our primary weather data provider Dark Sky announced that they've been acquired by Apple, and will shut down their data source in 2021.

We'll post more on this later, but just FYI: we'll be able to adapt to the change, and will continue to operate just fine!

Dark Sky also provided weather forecasts, maps and embeds that could be used on other websites. These will also be shut down on July 1, 2020, and the website will be modified to only provide support to API users and iOS app subscribers.

While Apple has not officially made any announcement regarding the acquisition, it is likely that the company plans to replace the source in its iOS weather app from The Weather Channel to Dark Sky.