Whether you hate him or you love him Dante is coming back with a new look which fans are having mixed feelings about right now, and in the latest trailer shown off at this years E3 it seems that Dante's Bad Ass side is shown as he punches a bouncer in the face, grab the "list" and put his "name" on it. While the game is looking like it can either win the fans over massively or make them light their torches and arm their pitchforks towards Capcom I am more skeptical about the latter happening. 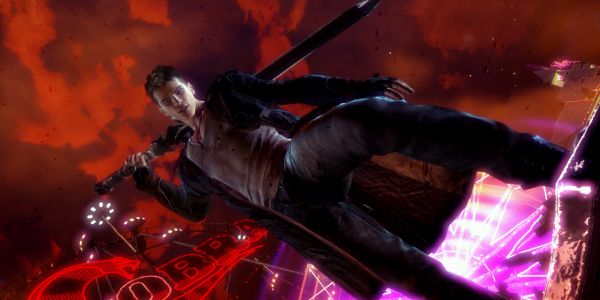 Dante is shown as a bad ass demon hunter in the latest trailer as he isn't afraid of bringing plenty of blood to the dance floor. It seems that some pro demon activist who wants the world to look at demon's differently has big plans for Dante and is planning on using him as a means to an end. While the story alone won't be enough to save Capcom from the fan base in an uproar about Dante and his "new image" it seems that this Dante won't be the only we play as, it seems that we can alternate between the regular Dante and the White haired Dante we all know and love. How that works is not yet explained but should be clear once the game gets closer to it's 2013 release date.

As you can see there are definitely some new mechanics in play here and this will definitely help make the game more interesting. I just hope that Capcom continues to work on the current Dante's look just a bit more carefully because right now they are stepping on egg shells among fans.