Everyone’s clumsy once in a while and if you’re clumsy like me then you drop your phone more often than not. Though I’ve been lucky many times because the phone ends up falling on its back, it’s really painful to see the screen of an expensive phone crack when it does fall face up. So after breaking my new phone’s screen in just a few months I’m quite relieved that scientists are working on making a self-repairing screen for smartphones and what not. 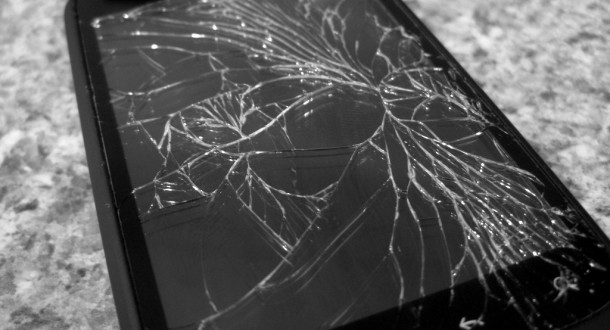 No more nightmares about cracked screens

Chemists in the UK have developed a self-repairing material which in next five years can be integrated into everything from screens of smartphones to nail varnish. The ‘healing agent’ is made up of a combination of various chemicals based on carbon which helps in producing a sheet of millions of microscopic spheres. When a crack appears it breaks these hollow microscopic spheres apart releasing a liquid which will fill the gaps formed from the cracks. Another chemical reaction then causes polymerization or a process of hardening this liquid which makes the edges of the cracks glue together to form a hard surface similar to a new one.

This idea was presented at a Royal Society meeting in London last month by a team from University of Bristol, England, the team was led by chemist Duncan Wass, the team claimed that the material has achieved 100 percent recovery of mechanical strength in some cases:

"We took inspiration from the human body," Wass told Chris Green at The Independent. "We’ve not evolved to withstand any damage - if we were like that we’d have a skin as thick as a rhinoceros - but if we do get damaged, we bleed, and it scabs and heals. We just put that same sort of function into a synthetic material: let’s have something that can heal itself."

Leo King reports for Forbes, about researchers at L’Oreal are talking to the team in hopes of coming up with a self-healing nail varnish. That would be great, there are also many other possibilities where this technology can work such as in car paint, bicycles, wind turbines and car windshields that crack due to an encounter with an airborne pebble etc. could repair themselves using this technology. It’s just a matter of adding the substance to materials that already exist according to Leo:

"While the Bristol researchers have focused on aviation, a hungry consumer tech industry is expected to take it on. In order to achieve success, manufacturers would need to add the formula to existing materials, potentially requiring only a small manufacturing change. But Wass adds: 'The devil is in the detail and they would need to check that it doesn’t adversely affect other properties.’"

We've come a long way from phones that charge within seconds to cracked screens that will self repair, looking forward to this new technology.