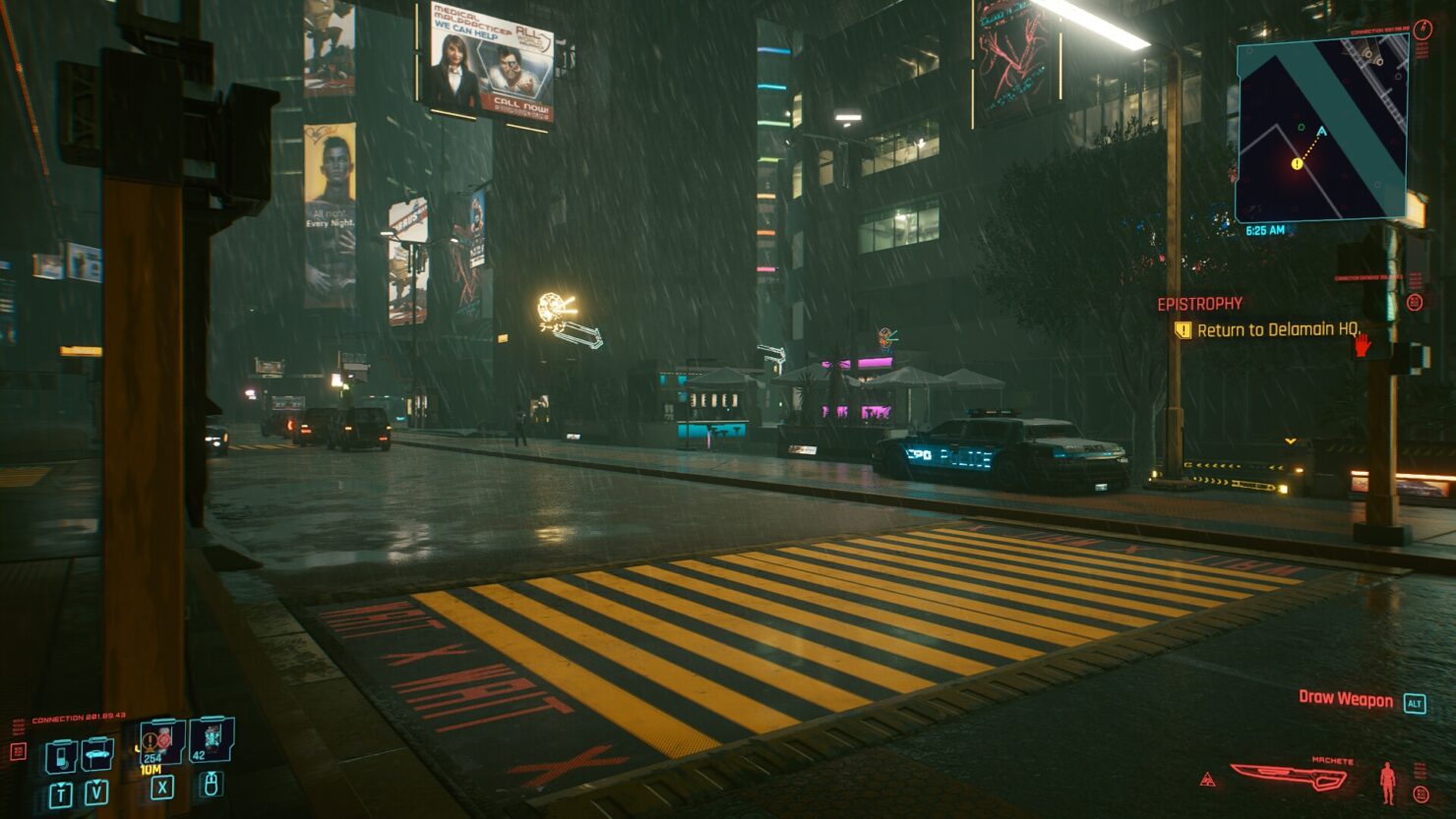 A new Cyberpunk 2077 mod that has been released online today vastly improves the game's atmosphere by rebalancing the weather probability.

I've mostly flattened the probabilities of the different weathers, with higher probabilities for rain and acid rain since the rain is great. Durations are similarly changed so that Sunny is shorter and rain is longer. I could add in the missing min and max values but I didn't feel it was necessary so I didn't bother. I've also re-ordered the weathers so that you're less likely to get cloud, cloud, sunny, rain, cloud, cloud, etc. Lastly I shortened the transition times... not sure if this will make anything look bad.

The Cyberpunk 2077 Weather Probability Rebalance mod can be downloaded from Nexus Mods.

Cyberpunk 2077 is now available on PC, PlayStation 4, Xbox One, and Google Stadia worldwide. It will hit PlayStation 5, Xbox Series X, and Xbox Series S on a yet to be confirmed release date.