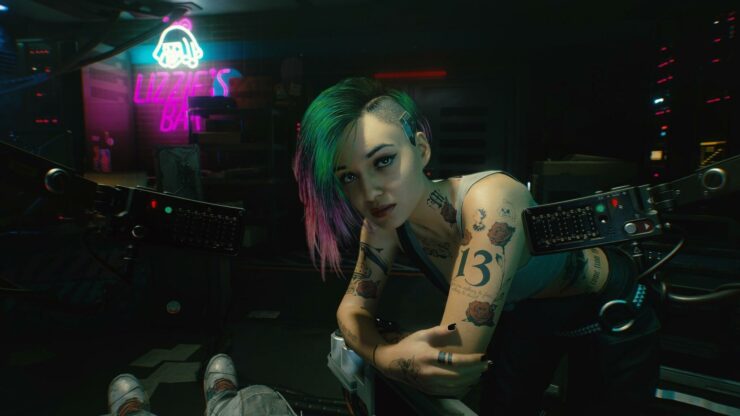 A new Cyberpunk 2077 romance mod has been released online, giving players to romance both Judy and Panam as male V.

The Romance for All mod not only makes it possible to romance Judy as male V, but also to romance Panam in the same playthrough, effectively unlocking the ability to choose between two ending paths. Unfortunately, the mod doesn't unlock Panam or Kerry as romance options for female V, as further changes seem to be needed to make them play out properly.

If you wanted to have a Romance with Judy but you are male (or Panama and you are female) then this mod can allow you to do it.

This is the patched exe file of the game that you should install in "steamapps\common\Cyberpunk 2077\bin\x64" (make backup your Cyberpunk2077.exe)

Cyberpunk 2077 has been receiving great support from the modding community since its release last month, introducing fixes as well as options that let players do things that are not normally possible like playing the game with a third-person camera, exploring inaccessible areas and more.

Cyberpunk 2077 is now available on PC, PlayStation 4, Xbox One and Stadia worldwide.