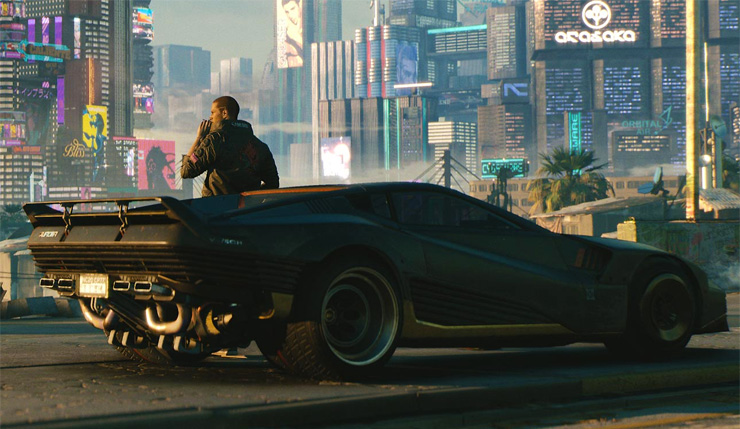 The Cyberpunk 2077 E3 2018 demo that was shown off by CD Projekt Red was visually stunning and ran on a high-end PC spec, but according to CD Projekt Red’s CEO, Marcin Iwiński, the action-RPG should also look great on both Xbox and PS4.

After seeing the game’s trailer and behind-the-scenes E3 demo, many have wondered whether the game would even make its way to current-gen consoles, but based on what Iwiński has said in a recent interview with GamesIndustry.biz, he has high hopes for the current consoles, especially the Xbox One X and PS4 Pro.

"It's running on a high-spec PC," he told GamesIndustry.biz. "It's the next generation of our own proprietary engine - and speaking frankly, we're still working on the rendering so I hope we can get more [out of it]. The current gen consoles are really powerful, especially talking about Xbox One X and PS4 Pro. We'll do our best to maximise for those, but it's too early to say exactly what we can achieve - and the PC version will always be above that, because it's constantly upgraded and improved in terms of the hardware we can gain access to. But it should look great on current consoles."