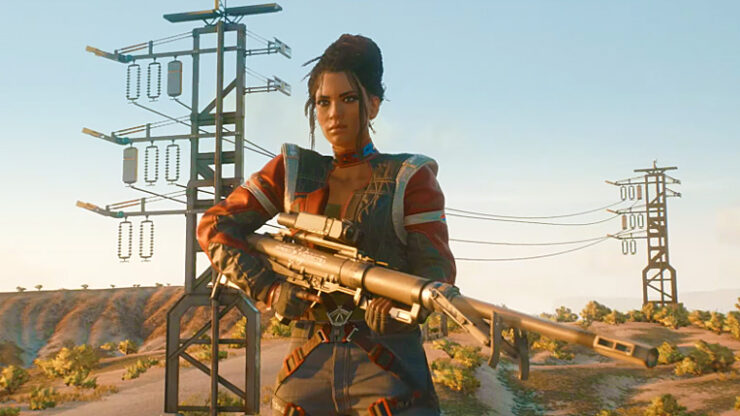 CD Project Red just dropped their latest Night City Wire show, and it included a colorful new “Postcards from Night City” Cyberpunk 2077 trailer, new information about the game's gangs, and full PC requirements! You can check out the full Night City Wire livestream below, provided you have around 20 minutes to spare.

Here’s that Postcards from Night City trailer on its own. CD Projekt Red has also launched a satirical tourism site for Night City you might want to check out.

Looking good! It’s also nice to know not everyone in the future will be a good dancer. Here’s the overview of the game’s gangs.

Assuming the above trailer is a complete accounting, it seems you'll run into nine gangs in Cyberpunk 2077, ranging from the heavily-augmented Maelstrom, to the jacked-up Animals, and self-reliant sex-worker Moxes. CD Projekt Red certainly isn't treading lightly with some of these gangs -- I have a feeling some controversy in headed their way (again).

Was not expecting to be able to play this game on high settings with 12GB of RAM or a GTX 1060, but clearly the game is no visual slouch, so good on CD Projekt Red for making it happen.

Cyberpunk 2077 launches on PC, Xbox One, and PS4 on November 19. A Google Stadia release is also in the works, and enhanced Xbox Series X and PS5 versions of the game are expected in 2021.