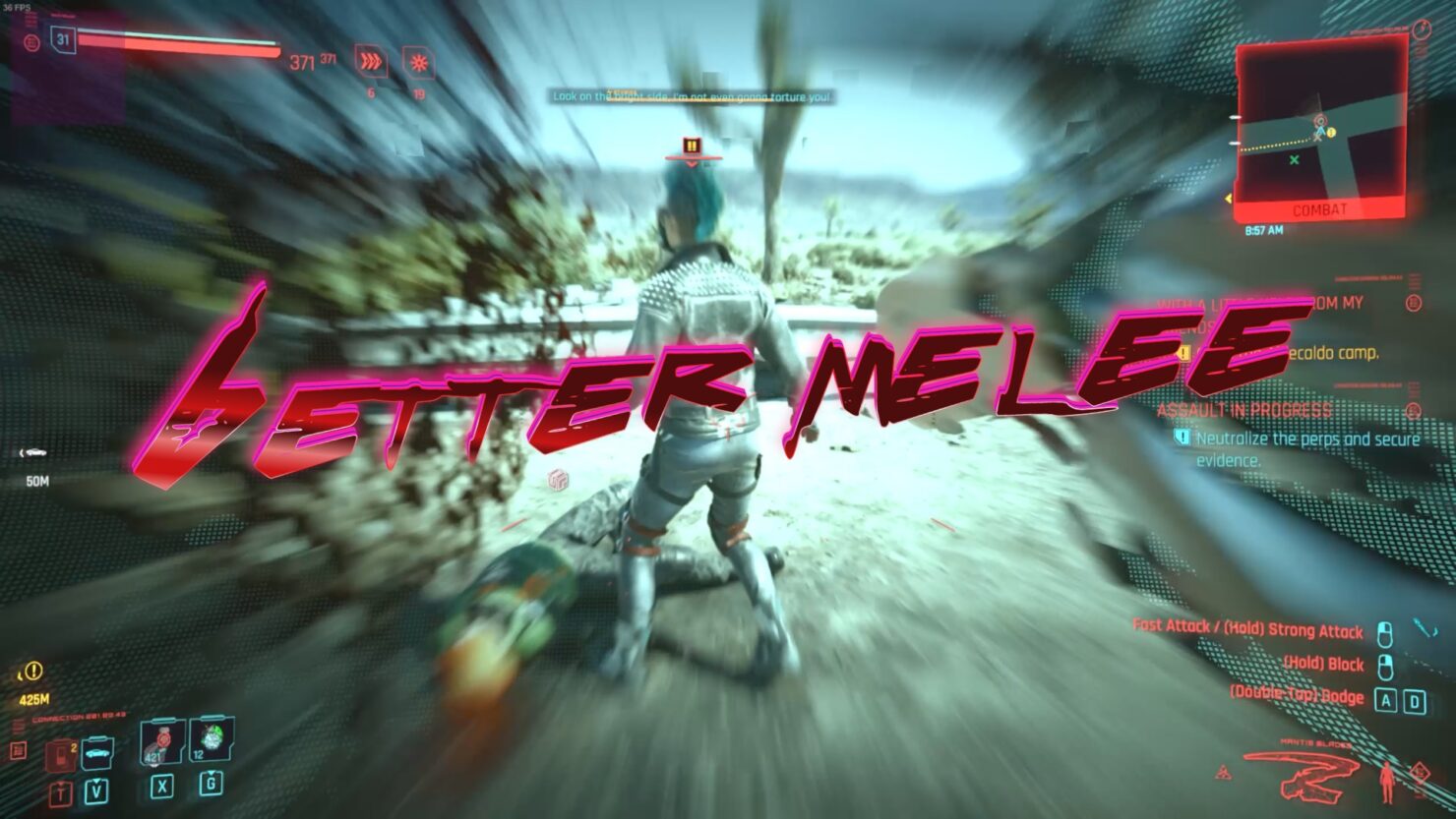 A new Cyberpunk 2077 mod that has been released online today introduces some very welcome improvements to melee combat.

The Better Melee mod addresses multiple issues like melee combos not working while Sandevistan is active and a few Mantis Blade issues. The biggest of these that has been fixed is the Leap targeting issues that made the weapon's behavior inconsistent in several instances.

The mantis blades have a few issues when it comes to targeting:

The minimum leap range was larger than the normal heavy attack range. This, for me at least, resulted in frequently trying to leap to a target, only to have my blades slash through thin air as the target backed away, resulting in another attempt to leap to close the distance until I eventually gave up and ran. The minimum leap range has been adjusted so that you will always be able to close distance with one attack (so long as you're within the normal leap range) using mantis blades.

Leaping when you want to do a regular attack

The base implementation of mantis blades goes by whatever enemy is closest to the center of your crosshair. If you're attacking someone and they move slightly to the left or right so the enemy behind them is under your crosshair, instead of attacking them like you intended, you'll dash by them and attack the enemy behind. This has been fixed by disabling the leap if any enemies exist (roughly) within the collision box of your standard attack.

Actually, the minimum leap range problem appears to be a flawed attempt at doing this exact thing. The problem is that the logic attempts to say "do a leap if there are any enemies within range unless we find another enemy within this smaller range," but the function called to do that doesn't work the way they're using it. It returns the enemy closest to the center of the screen and if they happen to be outside the range, it returns nothing - rather than returning the closer enemy that's slightly off from the center of the screen like intended. This logic was changed to check using a collision volume in front of the player instead of using the GetClosestObjectToCrosshair() function, with the range of the check reduced from 2 meters to 1 meter.