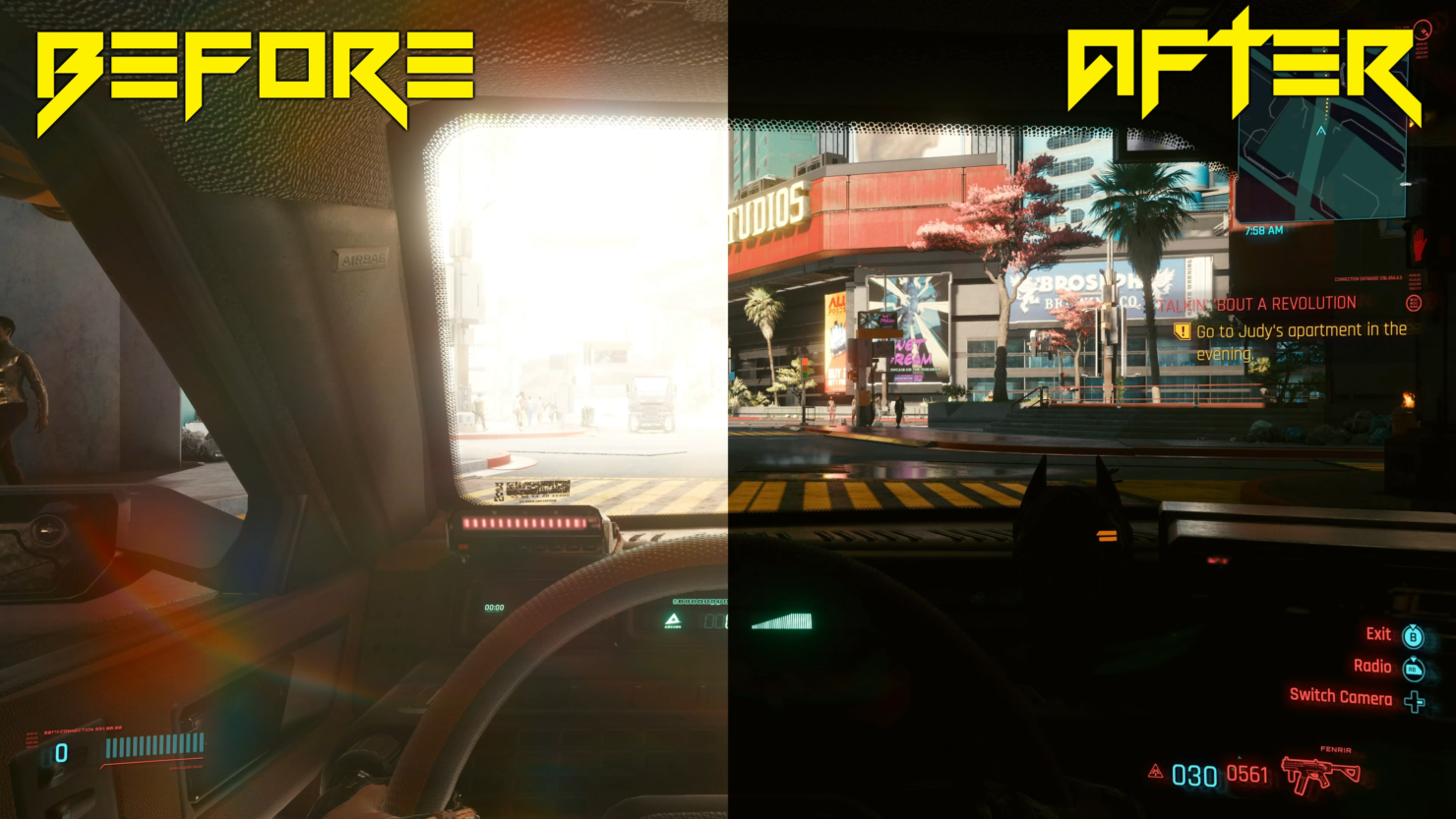 A new Cyberpunk 2077 mod that has been released online yesterday introduces some very welcome tweaks that fix an extremely annoying issue that is still present in the game.

This new mod fixes the eye adaptation auto exposure issues whenever the player looks at a bright area while being in a dark area. The issue is most noticeable when using the first-person camera while driving.

Alright, listen up you beautiful people. You probably believe that driving in first person is impossible during the day and you probably think that going from dark areas to a brighter area is insanely blinding. If we talk about vanilla Cyberpunk 2077, then you are correct... This mod fixes it.

This new Cyberpunk 2077 mod also introduces some tweaks to the weather system, as detailed in the full changelog below.

- Eye adaptation / auto exposure has been reworked to avoid blinding effect on the screen when going from dark to bright places
- Eye adaptation / auto exposure is now adjusting slower, but more consistently
- Weather probability has been rebalanced so that it's "sunny" less often, just a small adjustment of probabilities for each vanilla weather conditions but should be a consistent improvement over a long period of game time

Cyberpunk 2077 is now available on PC, PlayStation 4, Xbox One, and Google Stadia worldwide. The game will launch on current-gen consoles later this year.