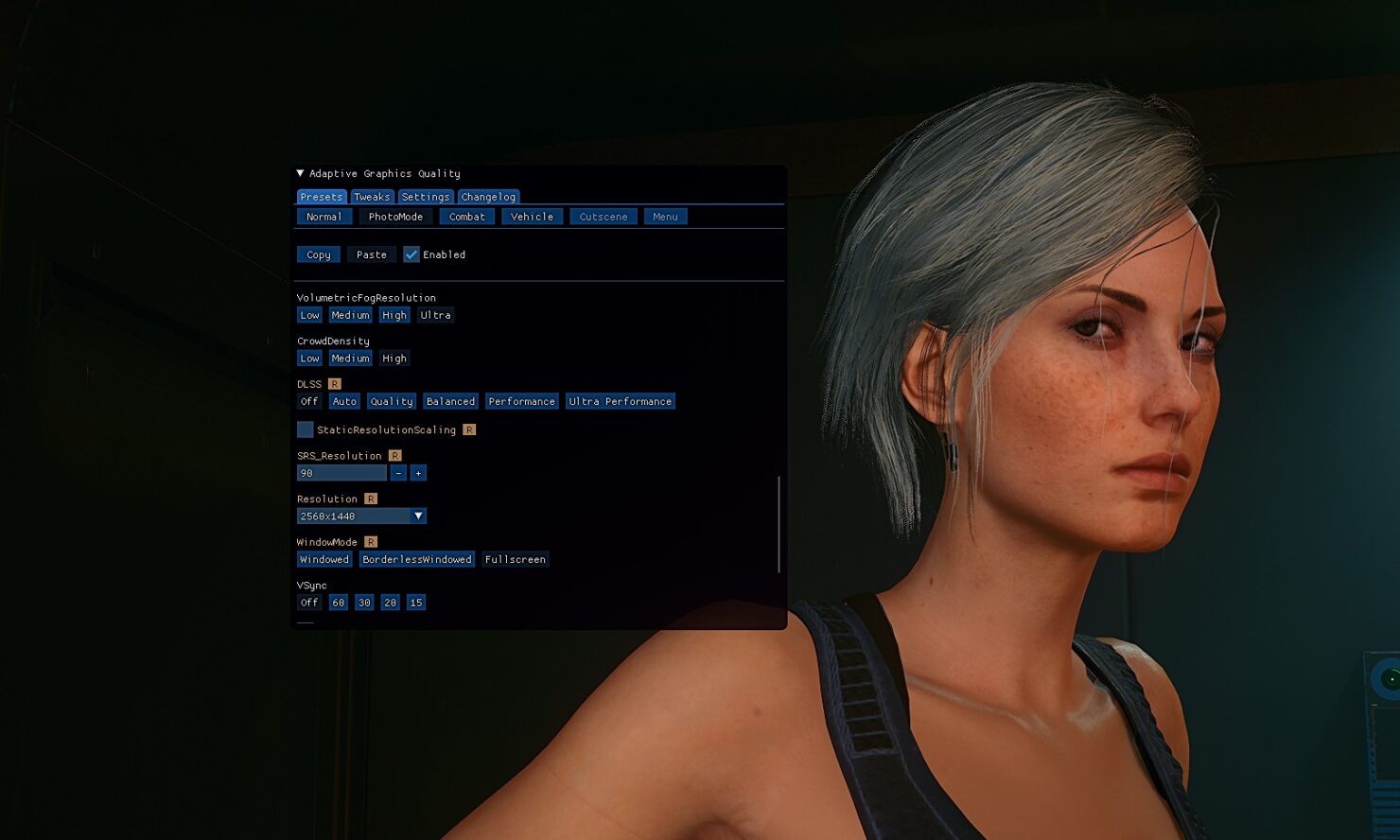 A new Cyberpunk 2077 mod that has been released online this week introduces a rather welcome feature that is missing from the game.

The Adaptive Graphics Quality mod introduces 6 different graphics preset that switch automatically depending on the game context, allowing players to experience Cyberpunk 2077 at its best at all times. The mod also features a Tweak menu that lets users modify other graphics settings like Bloom and so on.

Automatically switch graphics quality depending on the game context.

In total, there are 6 presets: Default, Combat, PhotoMode, Vehicle, Cutscene, and Menu.

It is also useful to set up NVIDIA DSR/AMD VSR feature that will allow you to run the game at a higher resolution than your monitor supports. This way, you can auto switch to 4K when the Photo Mode is opened.

There is also a "Tweak" tab that allows you to modify some of the internal graphics settings (e.g. Bloom)

The Cyberpunk 2077 Adaptive Graphics Quality mod can be downloaded from Nexus Mods.

Cyberpunk 2077 is now available on PC, PlayStation 4, Xbox One, and Google Stadia. The game will release on PlayStation 5, Xbox Series X, and Xbox Series S before the end of the year.