Hold your horses – if a recent report from one of Europe’s biggest gaming publications is to be believed, CD Projekt Red’s Cyberpunk 2077 might well be releasing before the end of 2016.

According the German gaming website Gamereactor.de , a “source close to the company” claims that CD Projekt Red is currently aiming to release their most ambitious game so far before the end of 2016.

As for now, the only version in development is the PC version of the game. Judging from the amazing success of the ‘The Witcher 3’ though (3 awards, including best-game-of-the-year), the game might will be released on the PS4 and Xbox One as well.

Cyberpunk 2077 far bigger than the Witcher 3 & even more ambitious

Cyberpunk 2077 is to be “far, far bigger” than The Witcher 3, and according CD Projekt Red’s CEO, the game is even ‘more ambitious” than initially planned.

The project is even more ambitious than we first planned (…) we need to create a game that will be even more successful. (…) We have a long way ahead of us to reach the biggest commercial successes in the world. Sure, many people consider The Witcher 3 to be the best game in the world this year, but this is not a game that broke any sales record.

Back in 2012, CD Projekt Red announced that they were working on a triple AAA RPG, based on the “Cyberpunk®” Universe. 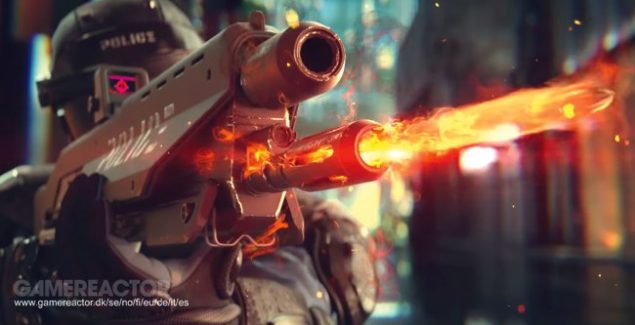 Cyberpunk 2077 will be designed for mature and demanding players who expect to be treated seriously, and the game will be richly detailed, non-linear, and with a complex and gripping story. Players will experience the world through their own, unique characters chosen from different classes. As in the Witcher series, players will face morally ambiguous choices, their actions influencing events in the world at large and the fate of the individuals they encounter.