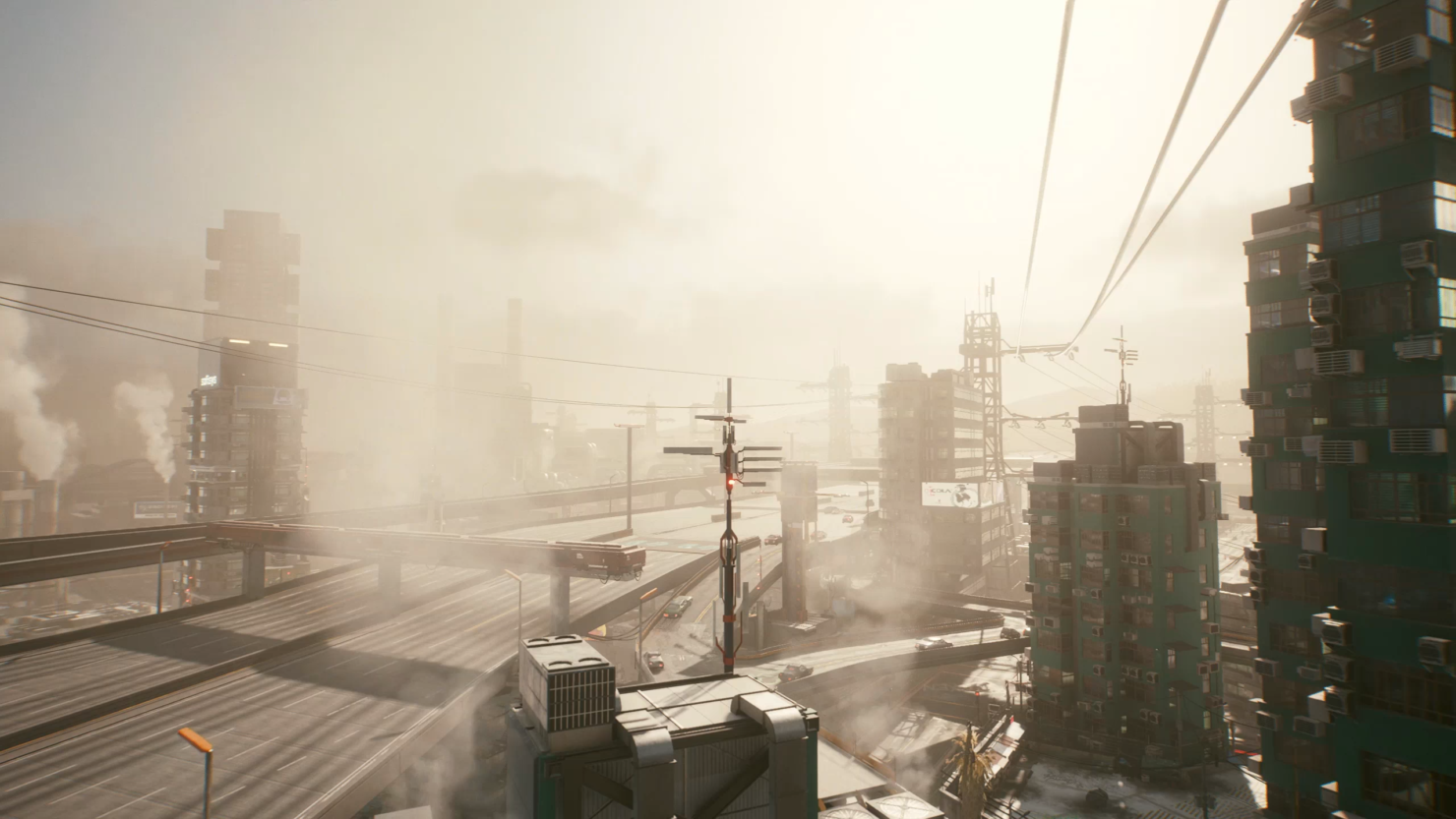 A new Cyberpunk 2077 weather mod has been released online, giving players the option to replace sunny weather as the most common weather condition.

The Climate Change mod lets players swap out the sunny weather condition with other options like Pollution, Fog, Toxic Fog, and overcast, making it so that the vast majority of days in Night City will stop being sunny, improving the atmosphere considerably.

-chose one option and copy the file in your installation folder as follow : Cyberpunk 2077\archive\pc\patch
-if you dont have a patch folder yet just create one
-you need to pass time a bit for the weather change to take effect

What does what :
Pollution : brown polluted fog in the city
Fog : simply white dense fog
Rain : just rain .. note that the rain shader is buggy like in W3, you hear it but you dont see it sometimes
Toxic fog : dense yellow/orange fog
Overcast : dense thick clouds covering everything
Clouds : slightly less dense version of overcast with occasional breaches of sun light

Mod limitation :
for some reasons the changes dont take effect in north side, bad lands is a mixed bag depending how far you are to the city, will investigate this more once we got advanced modding tools

A video showcasing the Cyberpunk 2077 Climate Change mod has also been shared, and you can take a look at it below.