The first custom GeForce RTX 3060 graphics cards featuring the NVIDIA Ampere GA104 GPUs have been spotted. A few days ago, it was revealed that NVIDIA might use its scrap GA104 chips on RTX 3060 cards, and well, both GALAX & Gainward have now listed these cards, confirming that they do exist.

The two manufacturers have listed down their respective custom models of the GeForce RTX 3060 graphics cards featuring the NVIDIA GA104 GPU. The specific SKU is the NVIDIA GA104-150 and it's going to be the most cut-down variant of the GA104 chip that we have gotten so far. The chip has a maximum of 6144 CUDA cores so an RTX 3060 with 3584 CUDA cores will mean that almost 50% of the chip will be disabled. But that also means that those defective dies that aren't good enough for RTX 3070 and RTX 3060 Ti graphics cards aren't going to waste as more RTX 3060 GPUs will end up being produced for the gaming segment.

Coming to the models themselves, Gainward has their GeForce RTX 3060 OC/OCH & DU/DUG line listed with the GA104 GPUs. These are two cards that are readily available and feature the brand new GPU core. GALAX has four variants which include the GeForce RTX 3060 GAMER MAX OC [FG] series lineup. 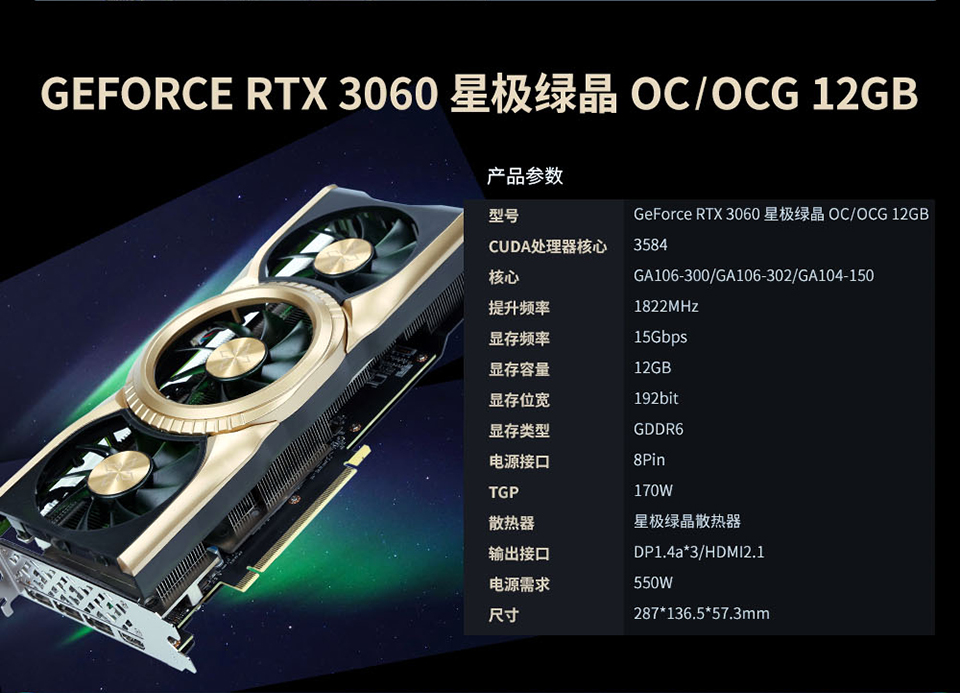 Now what's interesting is that all of these cards are listed with both GA104-150 and GA106-302 GPUs so most consumers will never be able to tell which version they are buying until they have it plugged in their PCs and use a detection tool like GPU-z to know their variant. Or even going ahead to disassemble the cooler to reveal the chip itself.

What we could see is the GA104 powered GeForce RTX 3060 to allow stable boost clocks along with better control over power than its constrained GA106 variant. It was recently reported that the supply of GA106 GPUs might become constrained so that might also explain why these defective GA104 dies are being repurposed for the RTX 3060. These models also seem to be limited to APAC (Asian Pacific) markets for now.