Xiaomi Expected To Release Its Custom Cores By Next Year

It seems that lots of tech companies have decided to reduce the dependency on other tech firms. On this occasion, Xiaomi, known as the ‘Apple of China’ has decided to start producing its custom cores from next year in order to release even cheaper handsets in the near future. With the market becoming more and more susceptible to cheaper, yet faster smartphones, it is only fitting that smartphone companies do whatever they can to remain top dog.

Xiaomi producing its own custom cores was already known from the start, particularly when Xiaomi showcased its Redmi 2A. The handset did not feature a Snapdragon 410 SoC like last time, but a Leadcore SoC, named LC1860C, which ran a quad-core processor. Leadcore happens to be a Chinese chipmaker and seems like the only possible candidate that will form a partnership with Xiaomi to roll out the company’s custom cores.

Xiaomi is the not only one headed in its direction. Qualcomm’s Snapdragon 820, the one that will be manufactured on Samsung’s 14 nm FinFET process is also going to be running the company’s Kryo custom cores. Coming back to Xiaomi, it is rumored that the company is working on its own ARM processors for upcoming devices, and we will bear witness to them during an undisclosed period in 2016. 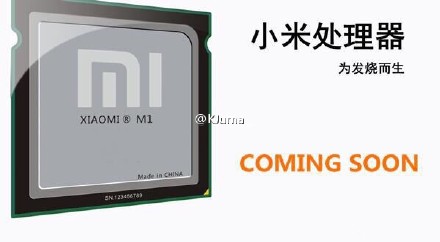 Xiaomi has reportedly secured all the licenses that they need to have another partner manufacture chips for them. The company recently hired Qualcomm’s President of their China business, Wang Xiang, so it obviously means that Xiaomi is getting dead serious in dominating the smartphone market.

For now, we believe that Xiaomi will begin incorporating its custom cores in budget handsets and start from the bottom of the smartphone market. However, for its mid-tier and flagship offerings, the company will most likely stick with MediaTek and Qualcomm. There are no other details present concerning Xiaomi and its custom core chips so it looks like we are going to have to wait till next year to see what the rising Chinese tech star has in store for us.