Crytek has just dropped its latest update for Crysis Remastered, and its big new feature is the experimental Ray Tracing Boost Mode. The goal of RT Boost Mode is to amp up the game’s reflections and other effects without affecting performance in a big way. Basically, it’s a fun thing that will make your game look extra shiny if that’s what you’re looking for. 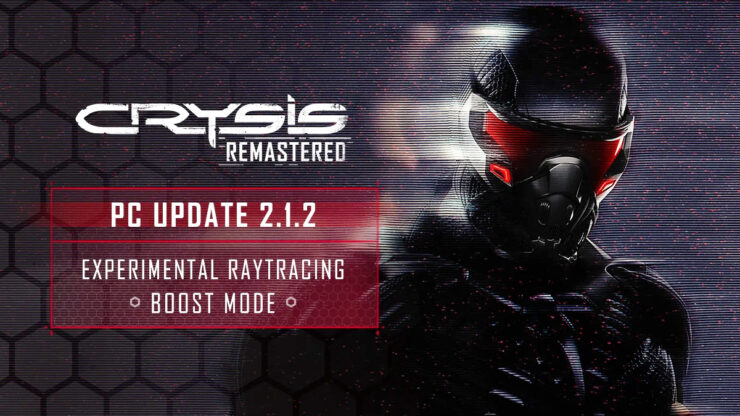 During the development of Crysis Remastered, the team came up with the concept of adding a boost to ray tracing. This boost mode is more of a fun/experimental feature that we wanted to bring to all the ray tracing enthusiasts out there, to give more effects with minimal impact on performance. This option has been added to the in-game Graphic settings menu and can only be activated when Global Raytracing option is enabled.

Of course, update 2.1.2 also offers the usual array of fixes and tweaks, including…

Crysis Remastered ver 2.1.2 should be available to download now. The game’s last big PC update, ver. 2.1, added NVIDIA DLSS support – get the details on that here.