Far Cry 4 is a game vested in mystery, While the game has had little to no details surrounding it aside from the fact that the rumors about the game taking place in the Himalayas turned out to be true, the story is more or less a rehash of Far Cry 3.

Far Cry 4 Story Details made a brief appearance on the Uplay store and were quickly removed but thanks to Google Cache the store page was able to be restored.

Far Cry 3's story revolved around Jason Brody and his friends on a vacation stumbling on to the island that would ultimately lead to his series of unfortunate events, this time the case appears to be more or less the same with the exception that there will be a LOT of traveling in the mountains.

First Far Cry 4 Story Details Have Surfaced, Nothing Too Difficult To Follow

Here are the details of Far Cry 4's story:

Hidden in the majestic Himalayas lies Kyrat, a country steeped in tradition and violence. You are Ajay Ghale. Traveling to Kyrat to fulfill your mother's dying wish, you find yourself caught up in a civil war to overthrow the oppressive regime of dictator Pagan Min.

Explore and navigate this vast open world, where danger and unpredictability lurk around every corner. Here, every decision counts, and every second is a story. Welcome to Kyrat.

So as you can see, it is pretty much the same as Far Cry 3 with the exception of the reason for the journey. Jason Brody is also caught amidst the Island's civil war and has to take it down bit by bit. 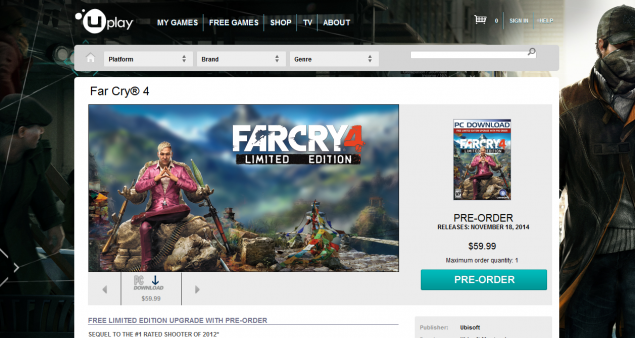 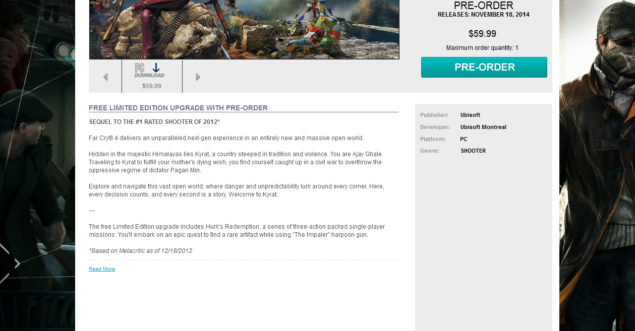 As you can see, Far Cry 4 is indeed anything but a mysterious game, so far the only details that have yet to be confirmed if indeed the player will be able to ride elephants, even though the "player caught in a civil war" formula has been run in to the ground since Far Cry 2, I am hoping that this time Ubisoft can actually do some innovation and actually give us choices and make us feel like we are in a more involved game rather than being forced to follow a linear path.

For now, the release date has been set as November 18th 2014 which fits the announced release date of the game when it was first announced. At least now we are able to put a name to the antagonists face instead of calling him Gordon Ramsay's lost brother.

Far Cry 4 is definitely going to be a game to watch out for and with E3 drawing closer and closer it will only be a matter of time before Ubisoft lets off the leash on this bad boy and we are given all the juicy details about this game.

What are your thoughts about Far Cry 4? Day one buy or bargain bin wait?