Crusader Kings II is one of the most significant under-the-radar success stories of the past decade. Despite its intimidating level of complexity, the game has sold millions of copies and maintains a strong playerbase to this day thanks to long list of expansions and generous mod support. Crusader Kings II put Paradox Interactive on the map, allowing the company to grow into the biggest name in strategy gaming today, so the prospect of a full sequel is a big, potentially risky prospect for the company. Nevertheless, Paradox is finally taking the plunge with Crusader Kings III.

Does Crusader Kings III find a way to improve on a formula that’s already been significantly refined over a decade of updates and mods? Can Paradox bring the strategy series to a new, wider audience or will their attempts to reach out alienate existing fans? Sharpen up your backstabbing blade, it’s time to delve into the Medieval drama…

For those who have never played a Crusader Kings game, they take place during the middle ages (Crusader Kings III lets you start in either 867 or 1066) and differentiate themselves from the pack by not focusing strictly on war and city/land management like most historical strategy games do. Sure, those things are still a part of Crusader Kings, but they take a backseat to the stuff most Medieval rulers truly cared about, namely scheming, sex, and amassing family power. In Crusader Kings, the death of your leader isn’t the end of your campaign – as long as you’ve produced an heir, the game continues. If these games can be said to have any sort of end goal (the series has never had traditional “victory conditions”) it’s to build up the holdings and prestige of your dynasty over generations. Play your cards right, and your treacherous, inbred extended family will sit on thrones from Iceland to India, but your entire legacy can also be easily wiped out by a convenient carriage accident or arsenic-laced feast if you don’t watch your back.

If you’ve taken even a passing glance at a Medieval history book, you know the machinations of the aristocracy could get very convoluted, and Crusader Kings III attempts to capture that. That said, the folks at Paradox also did their best to make their array of complex systems as accessible as possible this time around. In order to figure out Crusader Kings II, you were pretty much required to spend hours watching and reading fan-made guides and explainers, but thankfully, CK3 offers up a well-done tutorial and descriptions of all the game’s terms and concepts can easily be accessed by hovering your mouse over them. The game’s encyclopedia could use some work, as it’s not as exhaustive and well-organized as Firaxis’ Civlopedias, but overall, I managed to figure out most of CK3’s systems within a half-dozen-or-so hours without consulting any outside help (not that there was any pre-launch).

Crusader Kings whacks you with the complexity longsword right off the bat, as the game offers a truly mind-boggling array of rulers to play as. There are hundreds of options as the map covers Europe, most of Asia, and North Africa, and the layout completely changes from 867 to 1066. Jumping in as a random ruler is often rather baffling, as you’re not given much useful information about what’s going on in the realm. Thankfully, Paradox has pre-selected a handful of starting points, which come with a little bit of backstory for context – I highly suggest you start with one of these before playing as one of the more obscure rulers. As a hardcore Civ fan, I like my strategy campaigns to have a “rags to riches” feel, so I opted to play as Montaigu (a tiny Norse settlement on the west coast of France) for my first full game, but you can go the complete opposite direction if you want.

Each ruler essentially has three main goals to achieve before they kick the bucket – a) produce an heir and ensure they inherit as many of their holdings as possible, b) expand and enrich the territory under their direct control, and c) increase the number of thrones members of their dynasty sit their velvet-clad butts upon. Crusader Kings III makes dynasties more important than ever, as you earn Renown as your family lays claim to more titles and land, which in turn lets you unlock Dynasty Legacies, which grant you significant bonuses that persist across generations. In Crusader Kings III having your nephew on the throne in Poland (or wherever) is arguably as valuable as conquering the territory yourself.

In Crusader Kings III, you’ll hold a variety of titles, which grant you power over certain territories, and the number only grows the longer you play. Titles are tiered, so while you may be the duke of a duchy, said duchy might also be part of a larger kingdom or even empire. You want to claim the highest-ranking titles possible, mostly because it makes it easier to bundle up all your holdings and pass them to your heir. The majority of titles have a long list of claimants and you want to try to maneuver your heir or members of your dynasty to the top of that list by bumping off rivals. Of course, you can also jump the line by simply taking a territory your family has a claim to by force. Keeping track of titles, claims, and lines of succession can be a bit mindboggling at times, and CK3 only does an okay job of organizing it all. I’d love a more detailed and precise infographic of everyone I’m related to, who can lay claim to what, and what I need to do to snap up a specific title. CK3 mostly does a better job of conveying information to the player than its predecessor, although in some cases the game has taken a step back (managing laws is actually more of a hassle this time around).

While Crusader Kings III’s myriad of menus can sometimes be a bit confusing, this is generally an attractive and well-presented strategy game. The game’s map is a lot more readable than in CK2, with the amount of detail changing seamlessly as you zoom in and out. Characters are now represented by fairly impressive 3D models that age realistically, sustain injuries, and pass on their looks to their children. While not quite as flashy as some other strategy games on the market, it’s clear CK3 has been made with a lot of care.

So, aside from being prettier and more approachable, does Crusader Kings III bring anything other big improvements to the table? You bet it does. Plotting against your enemies is more satisfying than ever thanks to a new scheme system that makes it much easier to track the progress of your murders, seductions, and other skullduggery. There’s also a wider array of schemes available now, including lower stakes “Sway” Schemes for those who just want to play favorites with members of their council and court. Higher level schemes will trigger a series of events, which require you to make some tricky (and sometimes rather juicy) decisions. Events are much more common in general in CK3, with hundreds of new ones running the gamut from funny to honestly kind of heartbreaking (some of the tragedies that befell my young children were a real punch to the gut).

Paradox has also added a good amount of RPG-like depth to Crusader Kings III. For each ruler, you can now choose a Lifestyle (Diplomacy, Martial, Stewardship, Intrigue, or Learning) which confers instant bonuses, and if you stick to a Lifestyle for long enough, you can unlock additional perks and traits that further boost your abilities. Another big addition is the stress system – all rulers have certain innate traits, and doing things against their nature (scheming wildly when they’re naturally a just person, for example) will stress them out. Accumulate enough stress and your days are numbered (more than one of my rulers drank themselves into an early grave). You can even create your own new religion this time around, with its own tenets, sins, and virtues, which will have a major effect on both diplomacy and the laws of your realm. I’m really only scratching the surface of CK3’s new features, but long story short, it’s clear Paradox realizes the drama, personality, and potential for roleplaying is what really drew people to this series, and that’s the part of the formula they’ve (smartly) focused on.

By comparison, those traditional strategy staples – war and building – have been largely left alone or simplified. Building improvements in your various cities works exactly how you’d expect, and won’t exactly excite Civilization or Age of Wonders vets. Waging war in Crusader Kings has always been relatively straightforward and has now been further streamlined. All your levies (your base-level soldiers raised from the general population) now gather at a set rally point, eliminating the need to organize them yourself. Standing armies and need to transport armies over oceans with ships have also got the boot. You do have a bit more freedom to tweak the makeup of your armies with knights and specialized Men-at-Arms regiments (bowman, calvary, pikemen, ect.), and different terrain will confer certain advantages, but, for the most part, wars are just decided by who has more soldiers. If you do, send them out in a bunch and smash everything in your path. Easy peasy. Personally, I don’t mind the simplicity of CK3’s wars, I don’t play these games for the combat, but if you’re expecting high-level military strategy, look elsewhere.

Crusader Kings III’s lack of victory conditions can be a double-edged sword. Sure, you’re totally free to do your own thing, but some may lose interest without the structure. I find it’s best to set a specific goal then move on to a new game once you achieve it, but it’s up to you. Again, there’s a massive number of rulers to play as, and Paradox is promising both free updates and paid expansions, so if you’re into what Crusader Kings III has to offer, you can stay huddled in the Dark Ages for a good long time.

This review was based on a PC copy of Crusader Kings III provided by publisher Paradox Interactive. You can grab the game at a discount via Green Man Gaming. 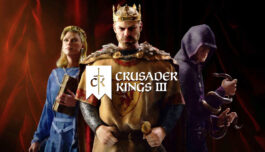 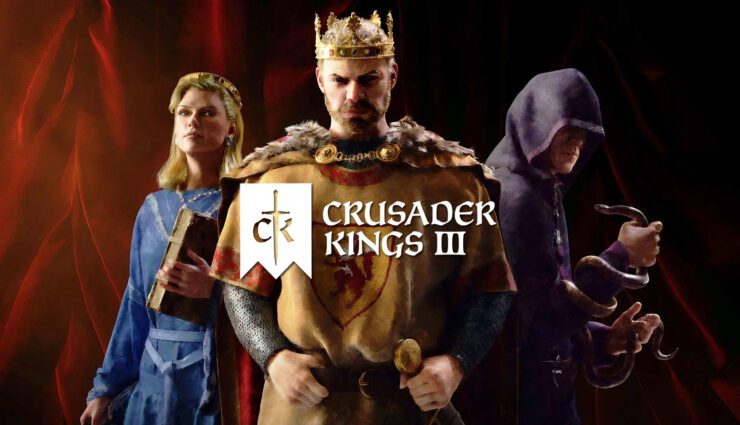