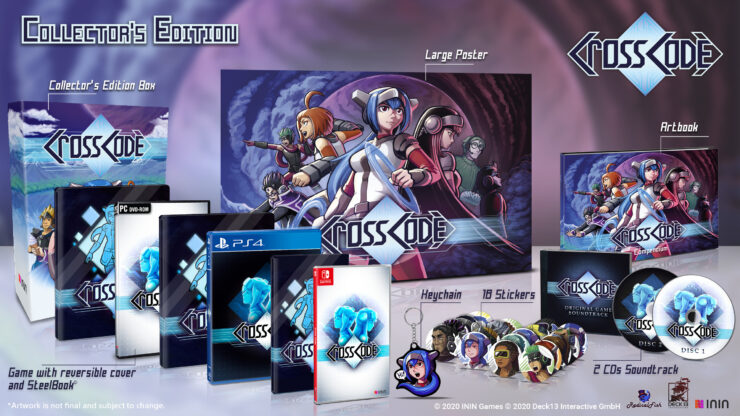 Having more than seven years of community-driven development ahead of release, CrossCode is a 2D retro game that draws inspiration from both JRPGs and classic adventure games such as The Legend of Zelda. Fans that have already finished the PC version put the length as somewhere between 30-80 hours.

A physical print of CrossCode will be available at major retail stores in North America and Europe later in August. In addition, limited edition prints will be available for pre-order from Strictly Limited Games in two flavors starting today: a SteelBook Edition for €39.99 and Collector's Edition for €59.99. Below is a complete list of what comes in the CrossCode Collector's Edition. The SteelBook edition comes with the first five listed items as well as an individual number for collection purposes.

The digital PlayStation 4 Store and Nintendo Switch eShop versions of CrossCode will be released on July 9th, 2020. Afterwards, the standard physical prints will be available at major retailers starting August 28th, 2020.