With the general quality of games rising as much as they do, it's all too easy to overlook something that could genuinely be fantastic. Even more so when there isn't a large name behind the game, the origin is unusual or possibly even the name of the game itself isn't terribly catchy. As much as it pains me to say it, Cris Tales isn't the catchiest of game names around. Do I really want to play through tales about myself? Not really.

Fortunately, this isn't a game about me. It's a game about Crisbell and her magical time-travelling pet frog and missing out on it would be a huge mistake on your part. 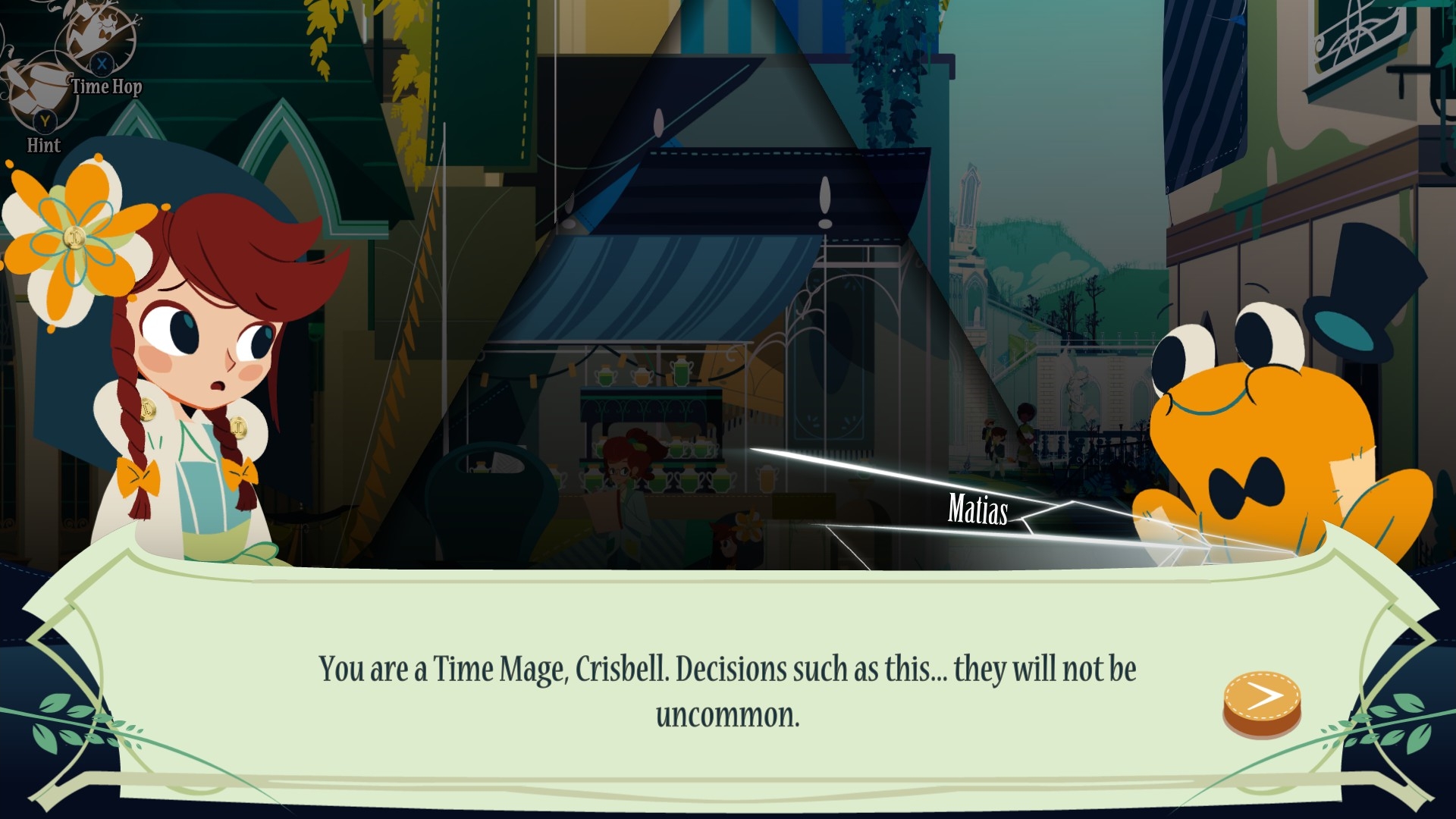 You heard me right, time-travelling pet frog. There are more than a few games that have time travel, so that part alone isn't exactly a huge break. What makes Cris Tales something special is how the time travel is managed, how it permeates through every area of the game and even simply how it's displayed within the game. Crisbell and her pet frog are able to see the past, present and future simultaneously, with Matias (the frog) being able to travel between all three times.

The presentation alone, when it comes to time travel, has sold me on the game. Everything in the game is hand-drawn, outstandingly beautiful in design and choice of colour, making the game a joy to behold. That's when you see the extra details within and... Well, let's make this simple and give an example. When Matias is in the present, he's a frog. When he moves to the past, he's a tadpole. When he moves to the future, he's an... old frog. Okay, possibly not the best example, but dear god it's charming and a joy to see the changes. The same changes that happen to every single piece of the game as you move between times.

From characters, seeing them as children, adults and then as the elderly to trees that grow right in front of your eyes, there's something genuinely special about the mechanics here. If only because of the visual design of it all. But that isn't all really, even the voice acting changes. Since you'll only see Matias moving between time, it's charming to hear his voice change as he ages and listening to him talk about how he should get a fruit back to Crisbell in the past, in his aged old-fat-frog voice put a huge grin on my face. I actually said out loud "Oh my god, this is adorable." It is. 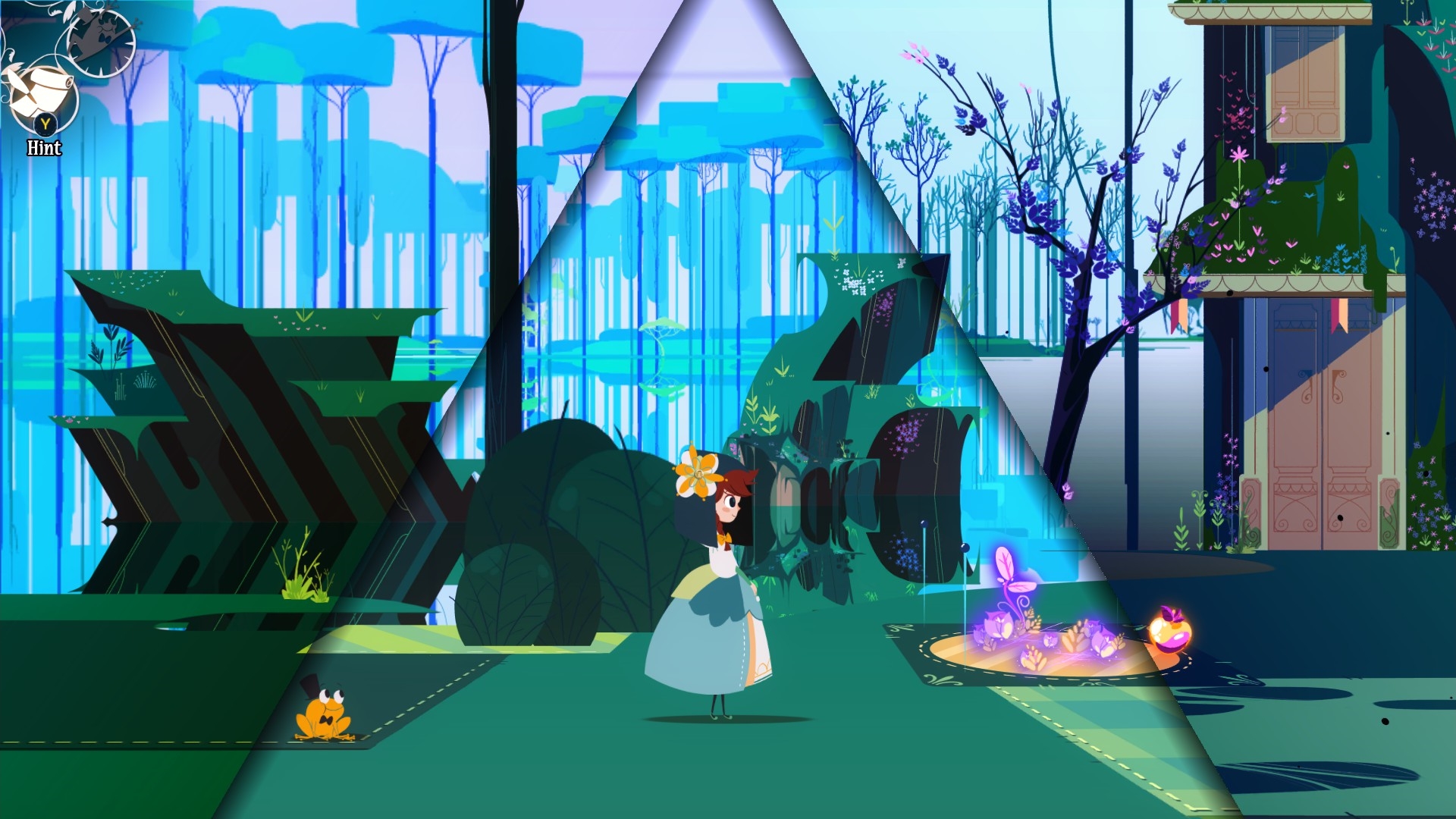 Being inspired by JRPG's, you're going to find some similarities in combat to the rest of the genre. Cris Tales uses an active time battle system, where a bar at the top of the screen shows the order characters will take their turns. You're going to find many staples of the genre here, with general attacks, the use of abilities, a guard option and items. Each character, naturally, has their own specialities. But, and this is where it gets interesting, Crisbell's ability to adjust time also has a major impact.

Much like outside of battle, where whatever appears on the left of Crisbell is in the past and whatever appears on the right is in the future, the same can be implemented in battle. So, for example, if a monster is to your left, you can use the power of the time crystals to send it back in time. This will make the enemy younger, likely increasing their fortitude, but decreasing their range of abilities and skills. An enemy on the right, why not age them? If they're already old enough, you're going to essentially turn them into pensioners. Their health will be lessened, though they will have a lot more wisdom.

More than just changing the age and abilities of enemies, using time travel also has some wider tactical elements. For example, an early boss has a huge shield that's simply impenetrable. Why not, then, use a water spell on it and then move time forward? Instant rust and a shield that simply cannot be used to defend anymore. The same applies with so many things, making it one of the more tactical RPG's of its type that I've ever actually seen. You can check all this out right now in a demo on steam, which I recommend you do. 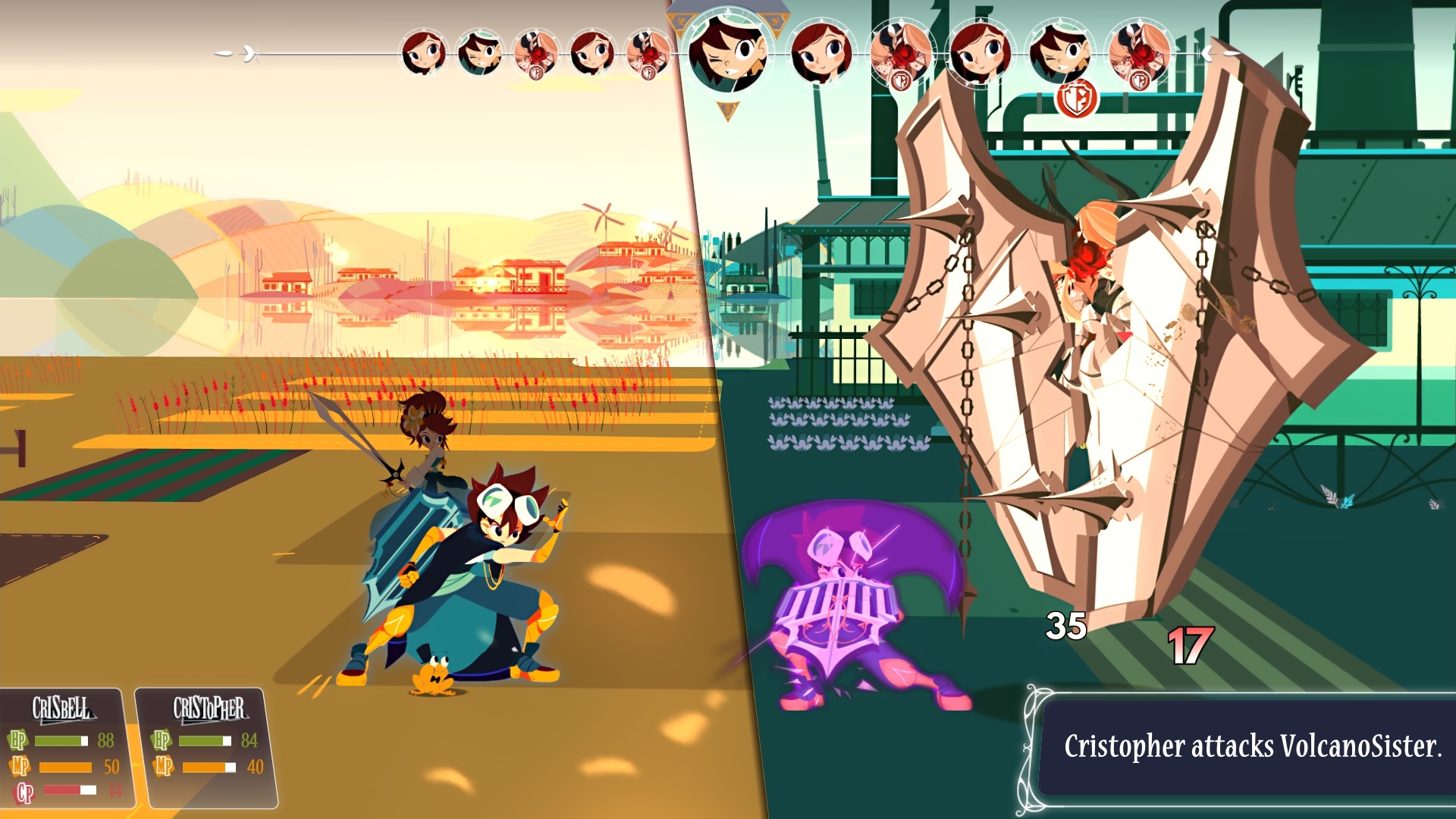 It wouldn't be true for me to say that I don't find myself looking for things to like in a game. I, naturally, try to and want to see the best in everything I can, but I often have reservations. Here, with Cris Tales, I honestly have none. There aren't many games that I can walk out of and think "I love it". From the outstanding hand-drawn aesthetic, the patchwork world map - did I mention the world map is all patchwork-like? No? Well, it is! - And what is genuinely lovely voice acting. It could honestly be saccharine if it wasn't so adorable.

Cris Tales, as mentioned, currently has a demo available on Steam, showing a little under what I was able to see at Gamescom. Releasing sometime next year, it will be coming to the PC, PlayStation 4, Xbox One and Nintendo Switch. I, for one, can't wait and from what I've seen so far, Colombian developers Dreams Uncorporated and SYCK have something special on their hands.