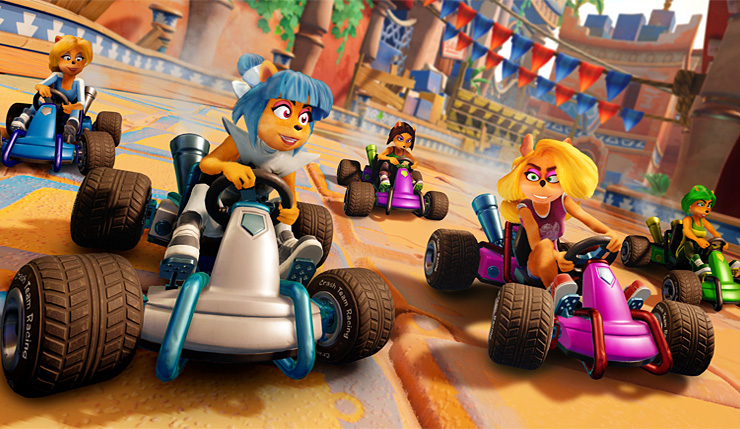 Crash Team Racing Nitro-Fueled is mostly about the nostalgia, but it also brings some all-new modern features, including the addition of new Fortnite-like “Grand Prix” seasons. Each new Grand Prix includes an all-new track, new characters, and a variety of challenges spread throughout the game that reward you with Grand Prix points, which can be used to buy special cosmetics.

The first Grand Prix is the Nitro Tour and includes the Egyptian-themed track Twilight Tours (I tried it out at E3, and it was quite good), and new characters Tawna and the “Nitro Squad” of Megumi, Ami, Liz, and Isabella, aka the ladies who used to hand out prizes in the original Crash Team Racing. You can check out all the Nitro Tour goodies, and what order they’re unlocked in, below (click on the image for full resolution). 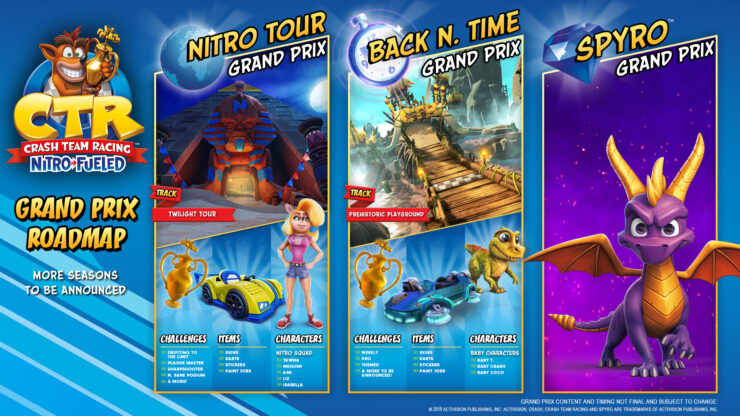 The new Grand Prix launches alongside an update. Here are the notes:

Activision and Beenox have announced two more Grand Prix – Back in Time, which includes the new Prehistoric Playground track and various baby characters, and one focused on Spyro the Dragon.

Crash Team Racing Nitro-Fueled is available now on PC, Xbox One, PS4, and Nintendo Switch. You can read Wccftech’s review of the game, right here. The Nitro Tour Grand Prix will continue on until July 28.