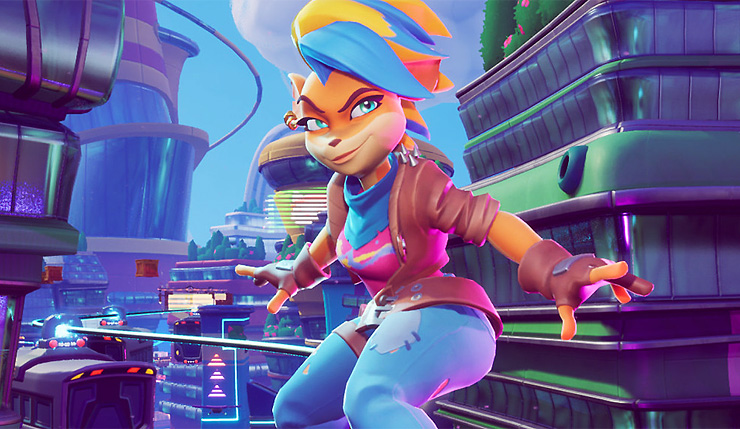 Crash Bandicoot 4: It’s About Time drops in less than a month, but thankfully for you impatient types, Activision has announced a demo will be available next week to all those who pre-order! But before we get to that, Activision has also revealed a new playable version of Tawna. For those new to the franchise, Tawna played the kidnapped damsel in distress in the original Crash Bandicoot, but was largely written out of the remainder of the series. Tawna returned as a playable character in Crash Team Racing Nitro-Fueled, and it seems she’ll be taking on a more proactive role in Crash Bandicoot 4. You can check out around 15 minutes of her in action, below.

Solid new design for Tawna, although I’m not sure she fits in with the aesthetic for the rest of the game. Then again, Tawna always did have more, uh, human proportions than the rest of the Crash crew. I can hear the fan art creators frantically scribbling as we speak. Meanwhile, here’s what you can expect from the Crash 4 demo…

Gamers all over the world have been clamoring for the chance to play the game early. Activision and Toys For Bob are proud to offer players an early look at two levels from Crash Bandicoot 4: It’s About Time, letting them play as Crash or the fiendish Neo Cortex. Additionally, fans will experience first-hand the fun of the wielding the power of some of the new Quantum Masks - Kupuna-Wa to control time and Lani-Loli to phase objects in and out of existence. Those that have pre-ordered the game digitally past and present will be able to download the demo until the game’s global launch.

Crash Bandicoot 4: It’s About Time spins onto Xbox One and PS4 on October 2. The pre-order demo kicks off on September 16. What do you think? All wound up for Crash’s latest?