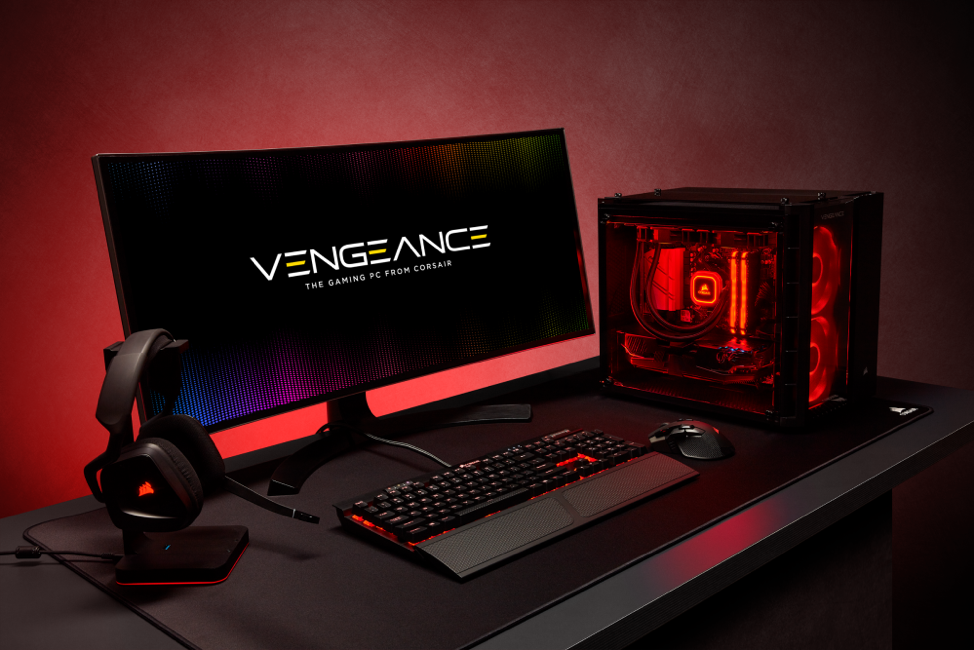 Features The Best Components And RGB Controlled Through ICue

The VENGEANCE 6182 boasts an X570 chipset motherboard, enabling the world’s first mainstream PCI-Express 4.0 platform. This offers the bandwidth to support the latest PCIe 4.0 devices, such as the included 1TB CORSAIR FORCE MP600 M.2 NVMe SSD. The VENGEANCE 6180, on the other hand, is equipped with a B450 motherboard and a 480GB CORSAIR FORCE MP510 SSD. For additional storage capacity for all your files and media, both models also feature a 2TB HDD.

The CORSAIR VENGEANCE 6100 Series is available immediately from the CORSAIR web store and the CORSAIR US network of authorized retailers and distributors for $1,999.