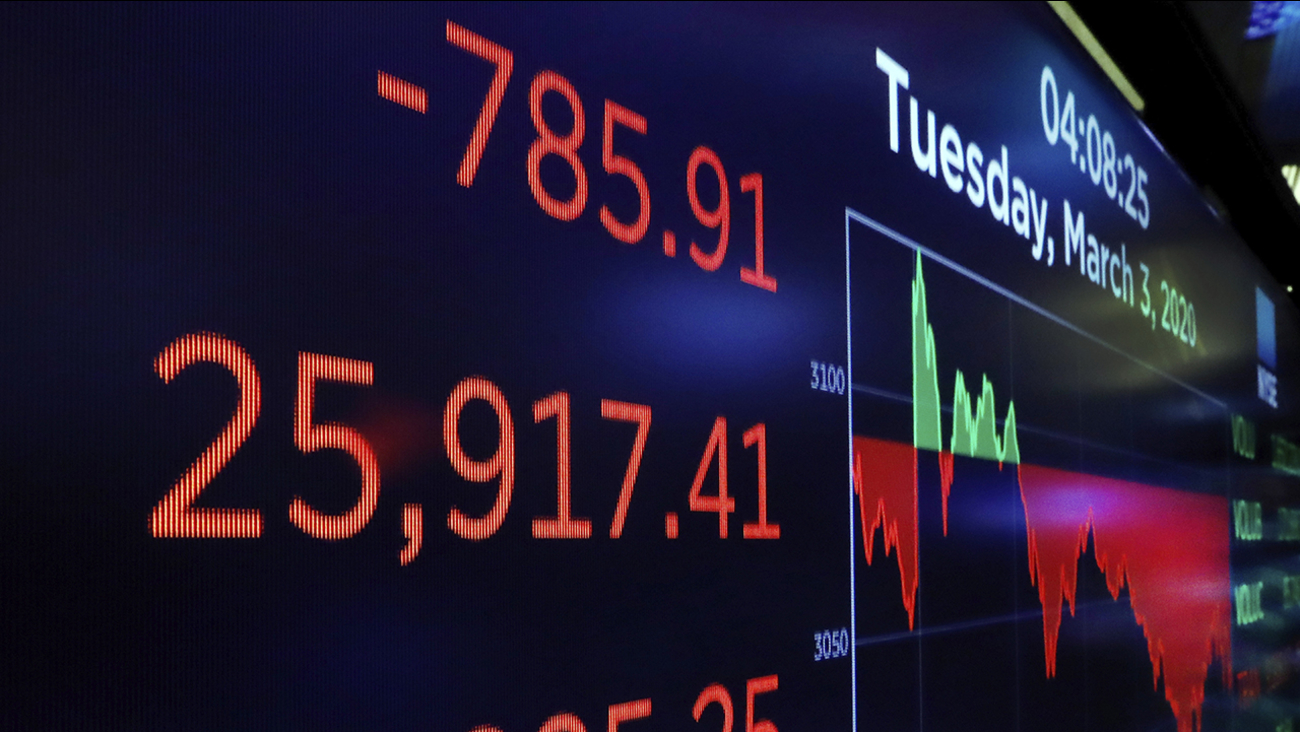 A board above the trading floor of the New York Stock Exchange shows the closing number for the Dow Jones Industrial Average, Tuesday, March 3, 2020. The DJIA dropped 785 points and bond prices surged after an emergency interest-rate cut by the Federal Reserve failed to reassure markets racked by worries that a fast-spreading virus outbreak could lead to a recession. (AP Photo/Richard Drew)

It’s official folks. In order to combat the coronavirus pandemic, the Federal Reserve announced on Sunday, just days ahead of its scheduled meeting, a massive round of stimulus that, among other steps, includes:

Interestingly, the market has not been impressed by the Federal Reserve’s latest bazooka. As an illustration, the benchmark Treasury yields declined more than 30 basis points at one point, while futures on the S&P 500 Index hit trading limits, falling by around 5 percent: 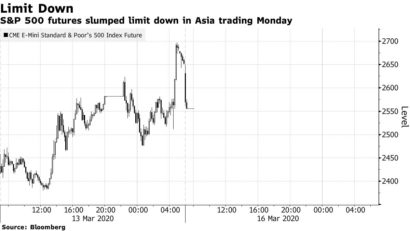 How did we get here?

As we have been covering ad nauseum here on Wccftech, the coronavirus pandemic has morphed into the biggest global economic threat since the heydays of the 2008 – 09 financial crisis. 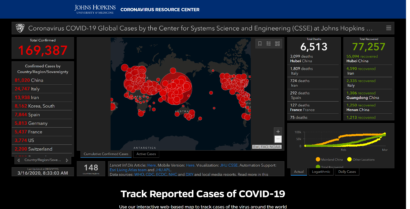 The coronavirus outbreak has unfortunately claimed upwards of 6,000 lives and infected over 160,000 individuals across numerous countries. According to a tabulation by CNN Health, there are over 3,400 coronavirus infections in the U.S. along with 65 deaths. As per the World Health Organization (WHO), the epicenter of the virus has now moved from China to Europe where over 60 million people are currently in lockdown in Italy. Germany has become the latest country in the EU to close its borders. On Saturday, both Spain and France announced additional measures to combat the coronavirus pandemic. Spain, which now has over 7,000 infections, banned people from leaving their homes except for procuring essential supplies.

Impact on companies hurting from the coronavirus pandemic

As we’ve detailed previously, companies and businesses throughout the world have been hammered as the coronavirus outbreak continues to rage. The tech sector was pummeled as lockdowns expanded and factories – crucial nodes in an intricate global supply chain – shuttered amid an unrelenting spread of the infection in China. Even though the situation in China appears to be stabilizing, fresh demand concerns are emerging as the entire world appears to be converging on quarantining large segments of the population. The transportation and retail sectors have been brutally thrashed. However, people stocking up on essential supplies has provided a transitory bright spot for some retailers.

The tech sector is not going to escape this crisis unscathed. For example, Apple has now closed all stores outside of China amid concerns surrounding the coronavirus pandemic. We ran a piece a few weeks back in which we noted that:

“The so-called FAAMG tech companies – Facebook (NASDAQ:FB), Apple (NASDAQ:AAPL), Amazon (NASDAQ:AMZN, Microsoft (NASDAQ:MSFT), and Google (NASDAQ:GOOGL) – have been responsible for an astonishing 92.20 percent of earnings growth cumulatively generated by all companies in the S&P500 in the last quarter!”

As these tech behemoths are now widely expected to take a massive beating when it comes to their earnings, a crucial earnings growth engine has essentially shut down. Apple has already stated that it will not be able to meet its revenue guidance for the current quarter due to the impact of the coronavirus outbreak. A similar theme is expected to be echoed by numerous other companies.

This brings us to the Federal Reserve’s actions yesterday. Were this a conventional financial crisis, the Federal Reserve’s actions would have served to ease stresses in the economic system and pave the way toward a revival of growth. However, our current predicament is driven by a health crisis and not blockages in financial plumbing. Were this an episode of a financial malady, the lowering of interest rates to a near-zero level would encourage companies, including tech enterprises, to gorge on near-free debt in order to generate growth. It would also entice these companies to unleash massive rounds of stock buybacks, fueled by near-zero interest rates, bringing a stabilizing force to a plummeting market. However, this generic playbook is not going to serve as an effective panacea during the current coronavirus crisis. This is because companies and businesses are not going to start gorging on free debt unless they are assured that the coronavirus pandemic is under control – we are nowhere near that point at this time. Demand cannot be unleashed if it's caged through quarantines and mandatory social distancing.

A fiscal stimulus plays a much more important role during a health crisis of such epic proportions. Even though the U.S. Congress has approved a slew of fiscal measures in recent days designed to ameliorate the suffering, the country’s ability on this front is limited by the already massive deficits that it has been running. By instituting his tax cuts during a time of ease, President Trump provided a massive sugar high to the markets that had been already rocketing higher, thus reducing the potency of the administration’s fiscal intervention during the current crisis.

It is perhaps hardly surprising that Goldman Sachs has now forecasted that the U.S. GDP will shrink by a massive 5 percent during the second quarter of 2020 as the ravages of the coronavirus pandemic continue. In a note sent on Sunday, the Wall Street behemoth said that it now sees real GDP growth of 0 percent in the first three months of the year, down from its original estimate of a 0.7 percent expansion. For the second quarter it sees the growth in the U.S. contracting to -5.0 percent from its initial forecast of 0 percent. It should be noted though that if a recession materalizes in the United States, there is a high probability now that we will experience negative interest rates in the country for the first time in history.