Coronavirus Outbreak – Odds for a Global Pandemic Have Risen Substantially 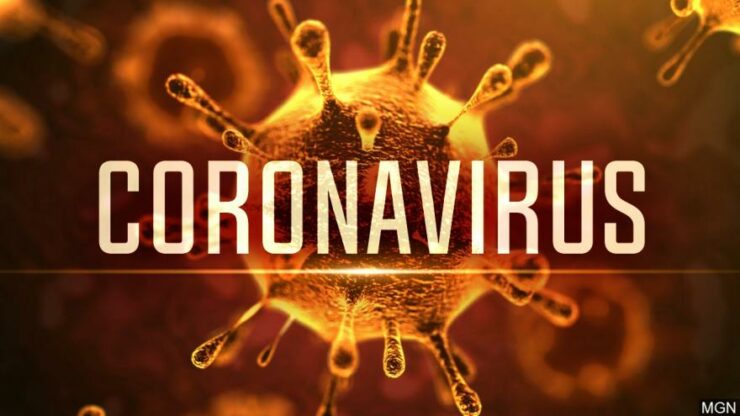 The ongoing Coronavirus outbreak – officially known as COVID-19 – continues to ravage communities and businesses throughout the globe as lockdowns expand and industrial supply chains shatter amid a mounting death toll.

Readers can procure real-time coronavirus status updates by following Nikkei Asian Review’s interactive virus tracker. A snapshot of this webpage is depicted below: 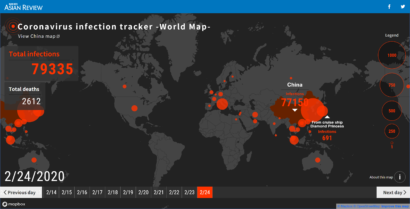 South Korea announced 231 new coronavirus infections today, increasing the total nationwide count to 830. Moreover, Italy saw a dramatic jump in the infection count over the weekend, surging from 3 to 152 along with four deaths, as of Monday morning. The Italian government has placed almost a dozen northern towns under a quarantine. Schools, museums, universities and cinemas have been shuttered while soccer matches and opera performances have been cancelled. Additionally, as of today, Iran has confirmed 43 coronavirus cases while Lebanon and Israel have reported their first cases of the infection.

On Friday, the U.S. Center for Disease Control (CDC) raised alarm bells when it announced that the coronavirus outbreak is likely to turn into a pandemic. Dr. Nancy Messonnier, director of the CDC's National Center for Immunization and Respiratory Diseases, told reporters:

“We’re not seeing community spread here in the United States, yet, but it’s very possible, even likely, that it may eventually happen. Our goal continues to be slowing the introduction of the virus into the U.S. This buys us more time to prepare communities for more cases and possibly sustained spread.”

As we reported previously, in order to curb the spread of this disease, the lunar new year holidays were extended by the Chinese government in key Chinese regions, including the vital Shandong province and the cities of Suzhou and Shanghai. Even though these holidays have now ended, the Japanese brokerage house Nomura has estimated that only around 25 percent of China’s labor force has returned to work. Consequently, the Chinese government now faces a gordian knot conundrum: encourage people to resume working and risk a blowout in infections or maintain lockdowns and factory closures which, in turn, will drastically reduce the country’s GDP growth rate.

According to the Nikkei Asian Review, around 85 percent of China’s small and medium enterprises – which account for 99.8 percent of the registered companies in China and employ 79.4 percent of the workers – will run out of cash within 3 months. Bear in mind that we are already nearing the half point of this crucial three-month window. The infographic below, sourced from Bloomberg, hammers this point home:

Zoom Says It Has Stopped Sending User Data to Facebook 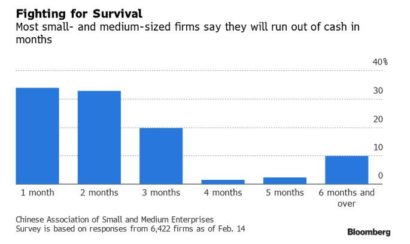 Moreover, on Saturday, Samsung Electronics (KRX:005930) reported a case of coronavirus infection at its smartphone factory in the southeastern city of Gumi. As a result, the South Korean giant has shuttered the entire facility. Another infection case was confirmed on Thursday at a facility operated by a key Apple (NASDAQ:AAPL) supplier – SK Hynix – in the northern city of Incheon. This prompted Hynix to close that facility for several weeks as a cautionary measure in order to stop the spread of the deadly virus.

Companies throughout the world were already facing severe problems as China’s factory lockdowns expanded and global supply chains unraveled. Now it appears that South Korea and Italy will have to follow the same path, thereby, leading to additional turmoil for businesses around the world. For an exhaustive list of companies being impacted by the coronavirus outbreak, head over to this link.

As uncertainty around the impact of the coronavirus epidemic has grown since Friday, global equity markets have been on a shaky footing. South Korea’s KOSPI benchmark index dropped 3.9 percent today, leading declines across much of Asia. Moreover, The Stoxx Europe 600 index has tumbled by around 3.6 percent, heading for its biggest decline since 2016. Finally, futures for all three U.S. equity indexes are sharply down with S&P500 index futures pointing to the biggest drop since August 2019.