CoolerMaster's HAF (High Airflow) series has been one of my personal favorites when it comes to PC cases. The rugged and military themed cases are very aesthetically pleasing for many people. Now CoolerMaster has introduced a new case in the lineup, the HAF912. The chassis is the younger brother of the HAF922, with a mid tower design and a budget price of $60. 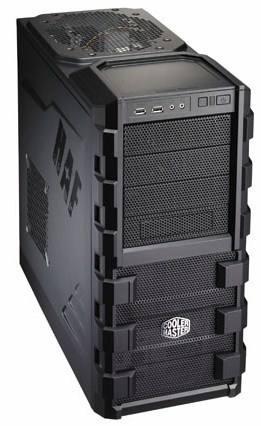 The case has the usual black theme and is made out of SECC and plastic . It measures 230 x 480 x 496 mm and weighs 8kg. The front panel is perforated for maximum airflow and the case has room for two 120mm fans in the front which are included as well as 1 120mm on the back. Additionally you can install another 120mm on the side and 2 more 120mm fans/1 200mm fan on the top or a radiator if you are going for water cooling. The internal bays are divided into two portions. the 1st portion has room for 4 bay devices whereas the other one has room for 2, both bays are detachable to accommodate long graphics cards. 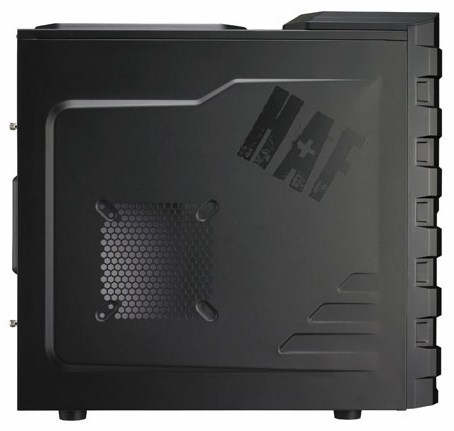 There are other nice touches as well such as 3 wholes to pass tubes and wiring for water cooling purposes, a tray on the top for placing USB drives and other stuff  and a CPU retaining whole so that you can replace your CPU cooler without having to take out the whole motherboard. The power and reset buttons and other connectors are on the front instead of the top. Personally, I prefer the top connectors such as in the HAF922 which means you can easily access the buttons if you keep your case on the floor beside your desk.

Overall the HAF912 is a splendid case, even though it isn't as feature packed as its bigger brothers, the price makes it a very attractive buy and it is definitely worth it considering the features.