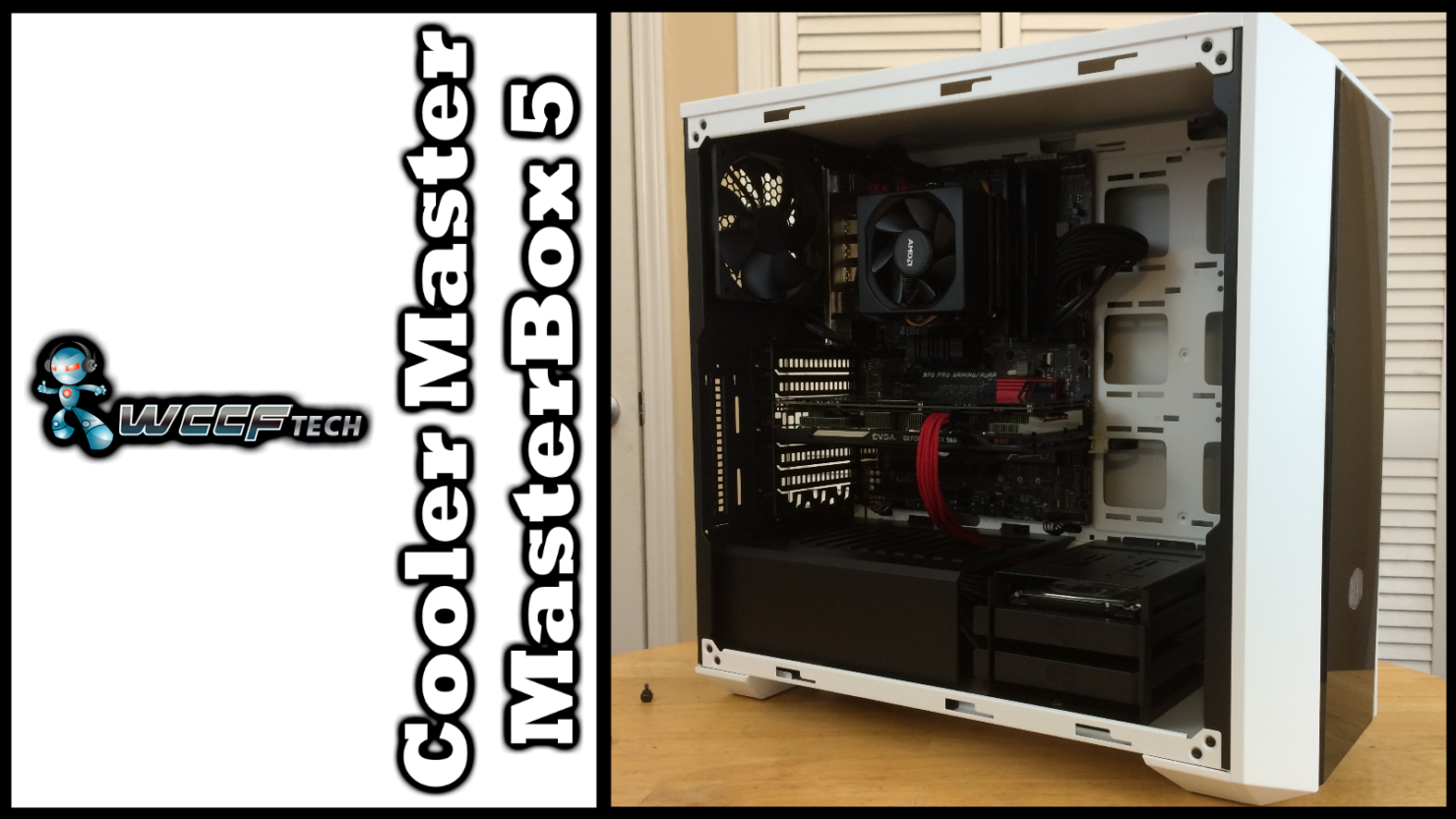 Cooler Master set out with goal in mind when it came to the MasterBox 5, create a case that’s feature rich, flexible, and affordable. The results were two very interesting cases, and today we’ll be looking at the White, MeshFlow variant today.

While it’s no secret that I’m quite the fan of the MasterCase 5 series, I find it hard to recommend a lot of the time to new system builders because it’s not exactly wallet friendly. So when we were asked to take a look at this more budget friendly ($69.99USD) case that’s part of the Master Series I felt inclined to take them up on that offer. 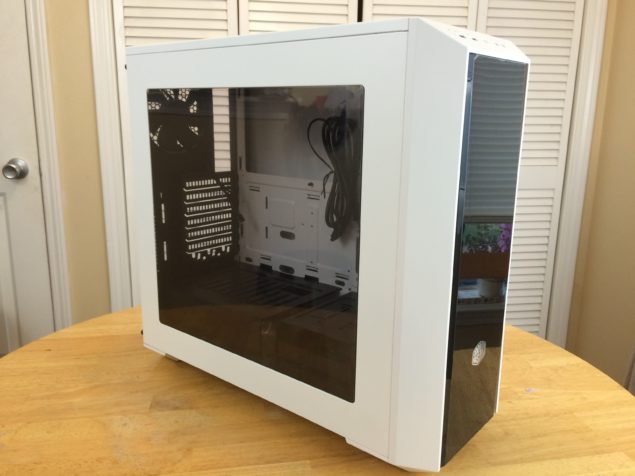 The overall build quality of the case is best described as simply ‘good’ as it isn’t overly heavy, but doesn’t feel like it’s going to buckle under the weight of some heavier components. The main construction of the case is a lighter gauge steel with plastic accents, including the front panel. Along the top of the case we find that there are no cutouts for fans or radiator support, a solid flat top that does a good job keeping airflow linear inside the case and dust from settling when the PC is powered down.

On the top front of the case we’re greeted by the front I/O placed on a beveled edge featuring:
- Power and reset switches
- USB 3.0 ports
- Microphone and Headphone jacks.

The side panel features a generously large smoked window to show off the entire interior of the case. However, unlike the MasterCase 5, these side panels do not feature captive thumbscrews. This isn’t a big deal, but something worth noting.

The rear of the case comes with little flair and sticks to the basics. It has a single 120mm fan mount, rear I/O and 7x PCI expansion slots, as well as the PSU Mount.

The interior of this case is where the magic happens. Starting with the Motherboard tray and its insane CPU cutout area, meaning you’ll never have problems accessing the back of the CPU changing coolers. Motherboard mounting support ranges from m-ITX all the way to E-ATX. The fact that a case of this price point supports E-ATX is actually really impressive as not even the MasterCase 5 natively supports that size.

The MB5 comes with one SSD sled (more can be purchased online) that can be installed in one of 7 configurations as it can be moved down the front of the case, or flipped to the backside with an additional mounting point under the CPU cutout. It also comes with 2-bay HDD caddy that can be moved both horizontally to allow for thicker radiators, or vertically for ‘strategic fan placement’.

Quite possibly my favorite feature in the interior has to be the PSU shroud. I have to say that seeing these become more and more common since the release of the NZXT H440 has been a blessing. There was a time when I had to make these from plexi and a heat gun, now they’re in even the most budget minded cases. This design I quite like as it’s removable by simply taking out one thumbscrew and sliding forward. I like this because you don’t have to get creative with the installation of the PSU, it just goes in like normal.

Space behind the motherboard tray is more than ample room with a minimum of 25mm clearance for cable management.

But there’s no rubber cutouts? No, no there aren’t and thanks to the design of the block shaped cutouts and obscene amount of tie down points (something missing from the MC5) makes it okay. This approach was interestingly brilliant as if you were to install an E-ATX board in the case you render the left set of block opening useless and simply use the ones of the right. But, if you’re using a standard ATX or smaller motherboard you now have room for a reservoir to be mounted. 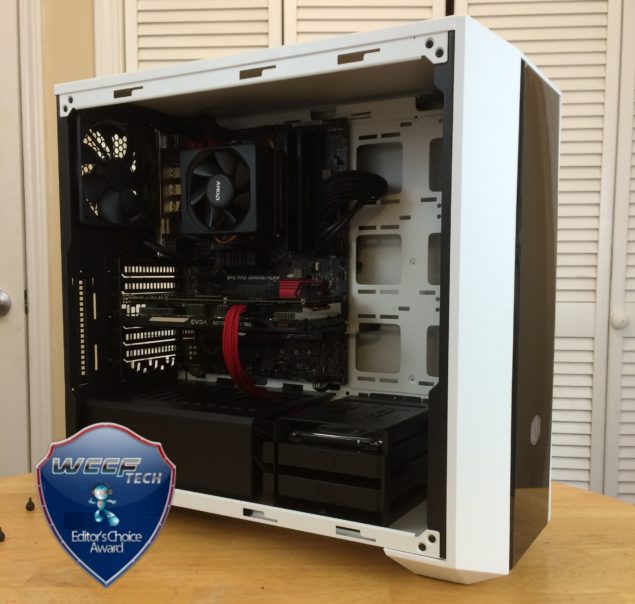 In the end I have to admit that when I started looking at the case I thought it was decent enough but I didn’t know the price. After finishing the build I was given the final price for the case and was pleasantly surprised as I expected it to cost a bit more. So basically this case will allow for a lower budget on the case and more toward the components and still have a beautiful custom build. Until this point the cases in this price point have been very limited, most of them being extremely budget cases with little expandability or features. This case, while may not be for you, will help spark a continued competitive nature at the sub $100 cases and that’s a great aspect for all future builders.