Want Cool Extras in Smite? Help Load Test on Xbox One This Weekend

Smite is a little over a year old now, having been released back in March of 2014, but that doesn't mean they don't want to attract as many new players as they can. And if you have an Xbox One and want to help the Smite team out, then have they got a great deal for you. Help load test Smite and you can get a chance to play as all the Gods and you can earn more gems. 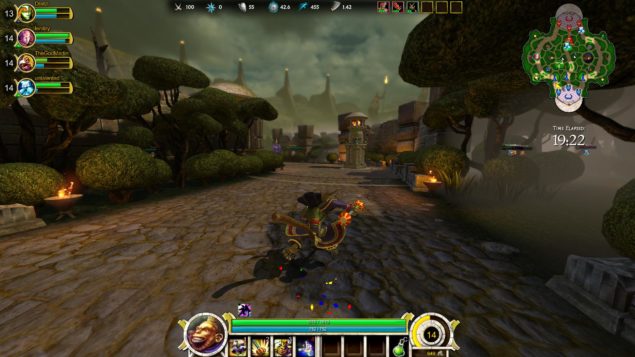 Smite wants load testers this weekend, and that means you can earn a chance to play all the Gods and to earn more gems.

Hi-Rez Studios is looking for a few good players to help them perfect their server side hardware this weekend for their upcoming Xbox One version of their delicious entrant into the MOBA universe. Even though it's a relatively open Alpha test, they're offering a bonus for those that log on and help this weekend. Should you decide to invest a bit of time, you'll be able to win some in game currency, Gems, and you'll get the chance to unlock all of the Gods.

You'll get 100 Gems for winning the first match of the day in three game modes for a total of 300 Gems per day, or 600 Gems in total over this weekend. That's not too bad considering that there are some neat things that can be purchased using their in game currency, such as a great Feaster Bunny Bakasura costume for 400 Gems.

It's fantastic that they're offering incentives for helping out, because it not only gets people interested but also stimulates their in-game economy by giving players a chance to essentially enjoy some items for free. Hi-Rez Studios is making a great effort to break into the MOBA scene, and really has a good alternative to the usual choices, Dota 2 and League of Legends.

So, if you're interested, head on over, get yourself an Alpha key, sign-in, and enjoy destroying your friends and foes alike.