After hiring a team of adept sales and marketing experts from notable luxury companies such as Yves St. Laurent, Louis Vuitton, and Burberry, Cupertino tech giant Apple has managed to roll out a $10,000 Apple Watch, a wearable which possesses 18-karat of gold. A consumer who has intended on purchasing the exorbitantly priced smartwatch is not going to be treated like any ordinary customer looking to purchase a $349, $549 or even a $1,099 Apple Watch. As you might have guessed, they will be given preferential treatment, which might upset the remainder of the consumers, but when you are shelling out $10,000 on a wearable, the staff will tend to give you more importance compared to the remainder of the flock. 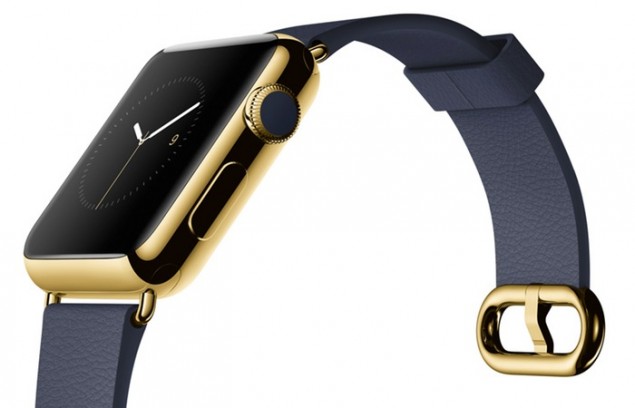 $10,000 Apple Watch consumers to get more than just special treatment

According to  9to5Mac, Apple is describing the Apple Watch Edition to employees as:

“The ultimate expression of extraordinary craftsmanship, incredible innovation, and design driven by functionality and end use… technology becoming seductive, with desirability not necessarily defined simply by a price tag or elitism, but rather meticulous focus on usefulness and utility rooted in beauty.”

The source also states that according to an Apple employee, who has been trained effectively to cater the needs of affluent individuals looking to purchase a $10,000 Apple Watch, special appointments along with a dedicated, private Apple Watch Edition try-on area will be provided to that special 1 percent.

The $10,000 Apple Watch will have its own separate table, and consumers can decide up to 60 minutes concerning which specific model to purchase, since the Apple Watch does not just come in one separate design. Appointments for the remaining models are going to last between 5-15 minutes, which is a modicum amount of time compared to what the opulent crowd will be experiencing.

Additionally, Apple is also allowing customers access to video conferences from the comfort of their own homes. They will be guided by an online Apple Store employee in order to know more about the $10,000 Apple Watch. The program is eligible for those who intend on purchasing both the Edition and standard stainless steel Apple Watch.

That’s not all, Apple Watch Edition customers will also be entitled to an exclusive phone line for two years that will be providing them with round the clock technical support service. Customers who want to upgrade that service to three years instead of two can opt for the AppleCare+ service, where they will be required to pay an extra fee in order to extend their Apple Watch customer service.

Consumers will not have to wait in line when they want to purchase the $10,000 Apple Watch. They can just waltz right in, where they will be taken to a separate, yet lavish corner of the Apple store and debriefed on everything they need to know concerning the smartwatch.