Staying in the race for the best mobile solution for netbooks, Compaq has adopted the HTC idea of utilizing mobile CPU and put together a netbook which may blow away the competition. 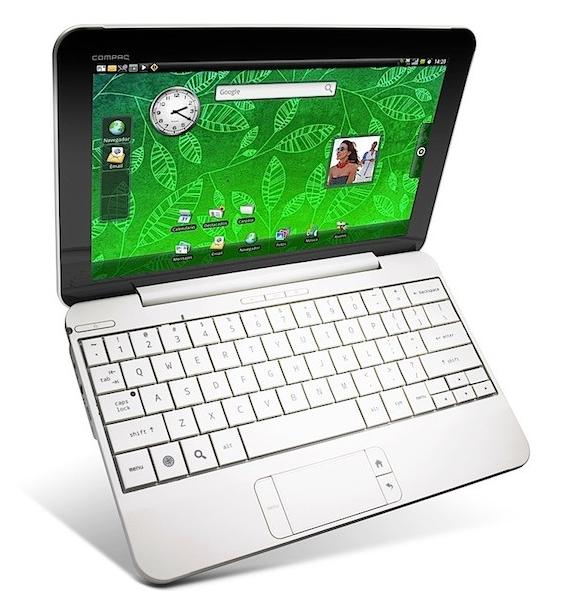 Named Airlife 100, Compaq's latest addition to its product line features 1.0 Ghz Snapdragon CPU, 16Gb SSD, Android OS and built-in 3G wireless adapter. This netbook is with 10.1 inch touch screen and most of all, a whooping 10 hrs battery life along with a VGA built-in camera. Although it may seem pretty far fetched at the moment but I think this is the beginning of a new era of battles of the netbook. For me, Qualcomm has been a clear winner from the very start of 2010 with the company arming most of the recently launched smart phones with its best mobile processor. The netbook also features a 92% scale of the normal keyboard.