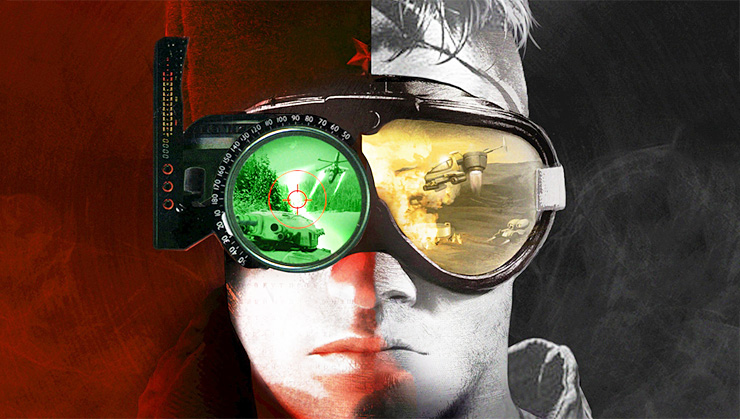 Yesterday, Command & Conquer Remastered Collection (which includes feature-rich 4K revamps of Tiberian Dawn, Red Alert, and their three expansion packs) got a PC release date, and today the game’s producer Jim Vessella took to Twitter to answer a few more questions about the game. I’ve collected some of the more interesting answers, below.

First off, could Command & Conquer Remastered Collection come to consoles?

Right now the Remastered Collection is only on PC. But we know C&C has a rich history on console, which is why we've also brought some of the legacy console content (missions and cinematics) to the PC for this release. https://t.co/yxXlrN4anV

Since this is an EA game, will you need to download the Origin client to play?

From Reddit: "If I buy on Steam, do we need Origin installed to play the game on Steam or if we only need to link/sign in with an EA account?"
A: Right now, Steam players will need to link to an EA Account upon first bootup. However, they will not need the Origin Client installed https://t.co/aJXRQWbkBy

On a related note, will EA be repeating past mistakes and forcing fans to play online?

Excellent question. Both Campaign and Skirmish modes will be playable offline (Within the 30 day offline rules for Steam and Origin). The only DRM is the standard Origin and Steam authentication. (For example, no Denuvo) https://t.co/aF8CIi2SJs

One of the big new C&C Remastered features is a map editor, but will you be able to make both single player and multiplayer maps?

Yes! The Map Editor can create both single-player and multiplayer maps. We're excited to see what the community creates! https://t.co/8MY0dIuJRF

Will the game allow for full-on mods?

We were excited to reveal the Map Editor yesterday, but we don't have anything to announce about mods today. In speaking to the community, we know mods is one of the most important and requested items. https://t.co/1uAxMMdDJl

Another big feature is the ability to switch between new and classic graphics. Can you do that anytime?

The graphics switching took some magical code work by the Petroglyph team. It works in solo modes, so Campaign and Skirmish, but not in Multiplayer. It's one of my favorite features in the Remastered Collection. https://t.co/HhxVLHceC5

Are there any DVD-style bonus features included?

We're including over 4 hours of behind the scenes video content in the Bonus Gallery feature. You can watch my FMV reveal video from last week to hear the whole story and learn more details: https://t.co/pebKnHfmfg https://t.co/OYSAF2NYwH

Is there going to be a beta?

We are not planning on a closed or public beta test. But we are getting a ton of valuable feedback from the Community Council and feedback on Reddit right now. https://t.co/mkvywnekhB

Are some “classic” bugs getting fixed?

Yes! The Community Council has provided the team with lists of bugs from the legacy versions, which we've been prioritizing over the course of the project. We've fixed some good ones for sure. https://t.co/D6lAbyoY9B

Will official tournaments and/or esports events being planned?

We're super excited to see what type of tournaments the community is able to host, and hoping some of the new QoL features help with this. We'll start engaging with the community more on this front closer to launch. https://t.co/YFFThRRt8E

Will there be a way to easily watch matches?

Hello! We have added a new Observer mode and Replays to the game which should help support spectated games. We'll certainly want feedback from the community on how to continue improving these tools. https://t.co/B0OLq6Pqjw

That’s just a small sampling of the questions Vessella answered – if you want to check out the full AMA, head on over to the official Command & Conquer Twitter account.

Command & Conquer Remastered Collection marches onto PC (via Steam and Origin) on June 5.