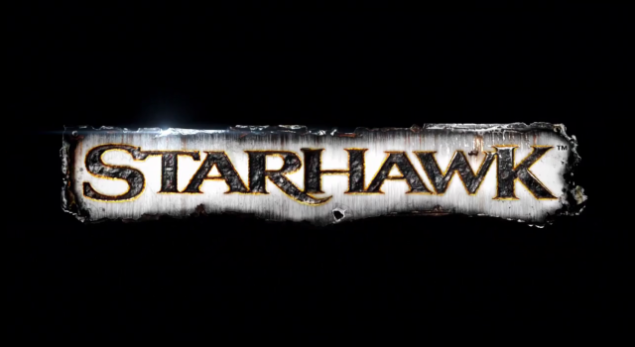 Many of you might remember Starhawk from E3 2010. It's the sequel to Warhawk and in development solely for Sony's PS3. At Comic Con this year, Lightbox Interactive's new game was shown in a new trailer that shows how the gameplay seamlessly blends from custscenes into the actual gameplay sequence without any loading screens at all.  The trailer is surely impressive and the blend of the West with Sci-Fi should be interesting to see.  Uptil now there is no confirmed release date for the game but it should launch sometime in 2012.

We’ve also got some really cool tech that seamlessly blends between the animations and the game (as you can see in the video). This makes the solo experience smooth and buttery. We didn’t want any experiential speed bumps in the solo campaign. You can sit down, start the game and smoothly flow from mission to mission with no loading screens!

Based on a distant planet in a place called "The Frontier", Emmett Graves has a rift farm with his brother where they mine for rift energy. Due to an unfortunate incident with the Outcasts, mutates them with rift energy. Now an outcast, Graves travels to White Sands as a hired gun slinger to solve the resident's problems with the Outcasts and make money in the process.  The game should be a worthy title for 2012, however you can't say much at the moment until more information is revealed, still Starhawk looks like it's shaping up to be a great title.