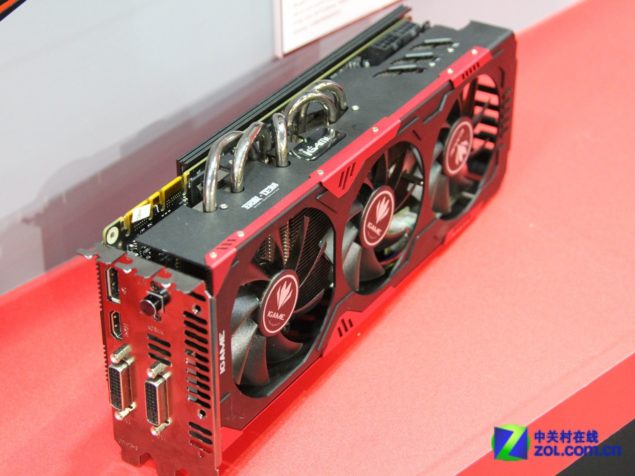 The iGame GeForce GTX 780 is Colorful's top of the line custom made graphics card featuring a non-reference PCB design and a mammoth Kudan cooler that occupies three expansion slots. The card makes use of a GK110 core that is equipped to a non reference PCB making use of higher quality components compared to the reference design. It is powered by dual 8 pin connectors which means that the card would have higher overclocking headroom.

The cooler makes use of three fans equipped to the shroud which provides air to the large aluminum fin array which sits on the gpu core. Heat is dissipated via five heatpipes and blown off through the dual vents on the front. Display outputs include dual DVI, HDMI and a display port while a bios oc switch is located near which when pressed boosts the clock frequencies of the card. Colorful would also add an addon VRM power-kit and air-kit with the retail package when the card hits retail. Clock frequencies were not mentioned nor the price.

Colorful also showcased their liquid cooled GeForce GTX Titan Ultra which is a reference model of the Titan equipped with a custom waterblock. The card would obviously cost over a grand since the GPU features a factory overclock. The GPU was displayed next to a bunch or air and power kits though it is not mentioned whether the card would make use of them or not.

The manufacture also.displaced their GeForce GTX 770 iGame at the event which makes use of a dual fan cooler and a factory overclock of 1046 MHz base and 1072 MHz boost clock while the memory operates at the reference 7000 MHz or 7 GHZ effective clock speed. The PCB is also of a custom design and makes use of high quality components and silver plating technology which allows for better overclocking and stability over reference models.

Images are courtesy of ZOL! 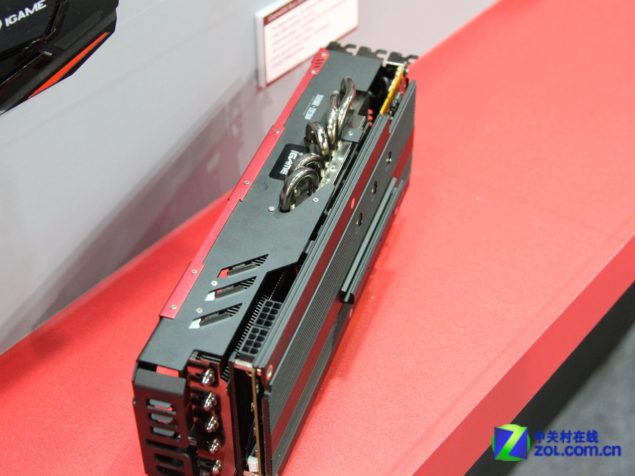 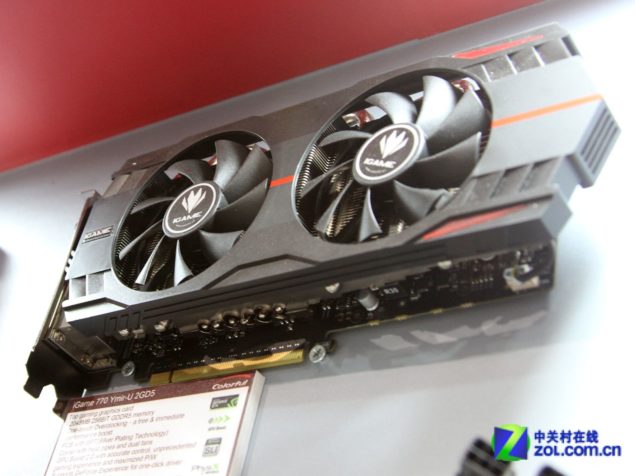 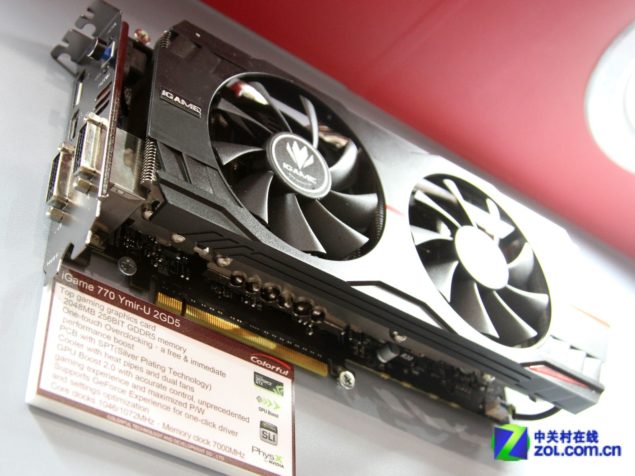