Call of Duty: WWII’s Next Zombies Update Is a Three-Map Battle Across Infected Europe 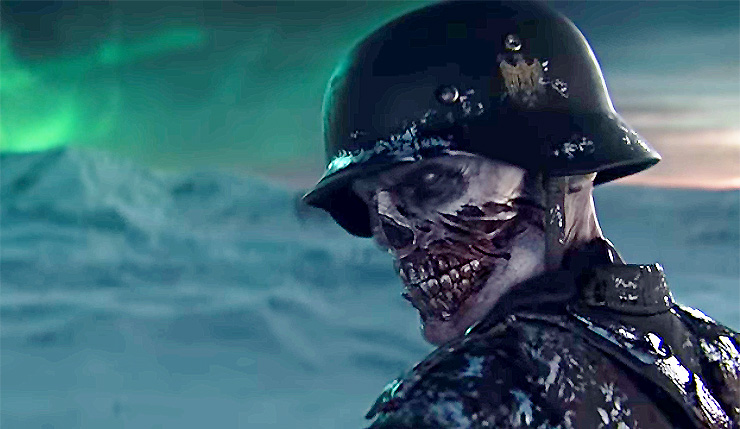 Call of Duty: WWII's latest Nazi Zombies update, entitled The Tortured Path, is going to be by far its biggest yet. Past updates have included a single new map, but The Tortured Path will include three, as you embark on a multistage battle against the undead across Europe. Check out a trailer for The Tortured Path.

Your goal in The Tortured Path is to survive 10 rounds, while taking on various random objectives. Succeed, and you’ll move on to the next map. You’ll start in a zombie-infested Spanish village, move onto an overrun cargo ship, and finally Barbarossa’s creepy ritual site, where you can combine sword fragments from previous chapters into a powerful super weapon. It definitely seems like Sledgehammer is making some major changes to the tone and play style of Nazi Zombies – you can check out some The Tortured Path gameplay, courtesy of YouTuber SmartGuy, below.

The Tortured Path is part of Call of Duty: WWII's third DLC pack, United Front. Here’s what else it contains:

Named after the Second Battle of El Alamein, Field Marshal Montgomery and the Allied Forces pushed the Germans and Italians to retreat from their last significant defensive position in southern Tunisia. In this all new mission, the Allies airdrop into Tunisia and push into a Nazi-occupied village to capture key supplies, then cripple the enemy by detonating a key transport bridge. They then make the final knock-out blow by capturing entrenched Axis fortifications.

Call of Duty: WWII is available on PC, Xbox One, and PS4. The United Front and The Tortured Path hit PS4 tomorrow (June 26) – PC and Xbox should get the DLC approximately a month later.