Call of Duty: WWII – The Resistance Maps Detailed in a Gritty New Trailer 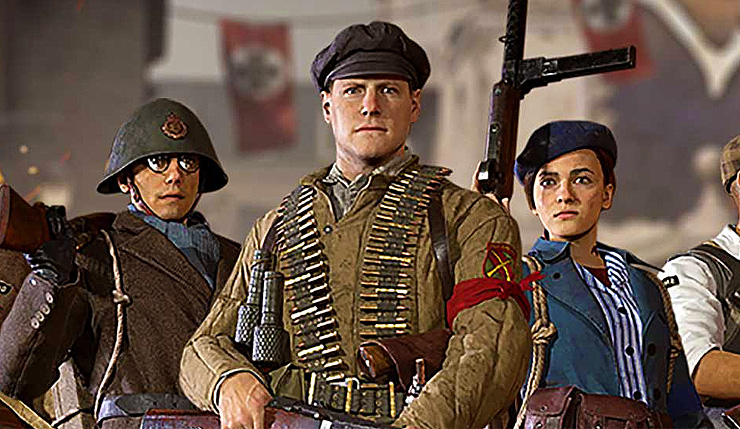 Get ready to return to the front, because Call of Duty: WWII – The Resistance, the game’s first full DLC pack, arrives next week. As always with Call of Duty, the primary focus of the DLC pack is new multiplayer maps, which you can see in all their gritty glory, below. The trailer also provides a peek at the DLC pack’s new War Mode mission and the next Nazi Zombies chapter.

Anthropoid – Based in Prague, Czechoslovakia, this map is inspired by Operation Anthropoid – the famous assassination attempt on a high-ranking German officer during World War II. This map features a center lane divided by a river, with long-flanking paths that can be used by snipers for ranged attacks.

Occupation – In this remake of a classic Call of Duty map, players battle through the streets and shops of German-occupied Paris during WWII. Long side streets encourage mid-range combat, with nearby homes and storefronts lending defensive positions for ambush and recovery.

Valkyrie – Located in the Masurian Woods, East Prussia, this map was inspired by The Wolf’s Lair – Hitler’s Eastern-front headquarters during Operation Barbarossa – the Nazi invasion of the Soviet Union. This is a medium-sized map with gameplay focused around a dangerous center lane covered by multiple overwatch positions and mounted machine guns.

Looks like a nice varied collection of maps. Occupation is an appreciated return, and I like that the other two have a real historical basis. Call of Duty: WWII is also running a five-week The Resistance community event, which includes new game modes, gear, free supply drops and more. The event runs from January 23 to February 27 -- you can check out a trailer, below.

Call of Duty: WWII – The Resistance launches its attack on PC, Xbox One, and PS4 on January 30.