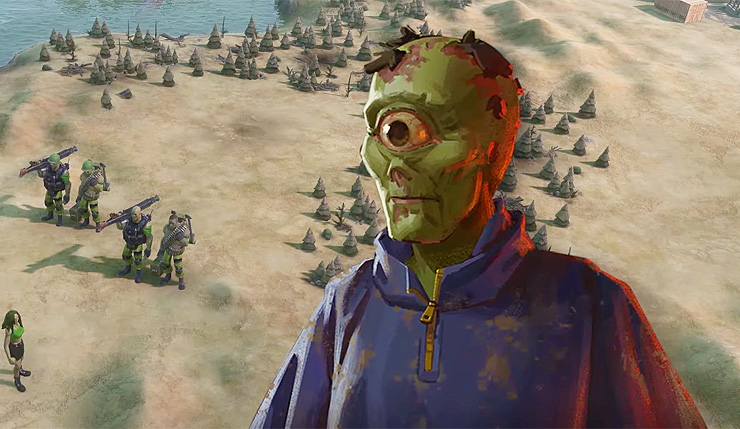 It seems pretty much everyone’s trying to get a piece of the battle royale pie these days, but I think most Civ fans assumed their beloved turn-based strategy series was immune from the fad. Well, think again! Civilization VI just dropped its latest update and, surprise surprise, it includes a new battle royale mode entitled Red Death. Yes, this is real.

The basic gist of the mode is that most of the planet has been consumed by a deadly radioactive mass called the Red Death, and you and up to 11 other players compete within an ever-shrinking safe zone to be the ones to board the last ship off the planet. Any sort of historical angle is out the window, as players will choose between various apocalyptic-themed factions such as Mutants, Doomsday Preppers, and Mad Scientists. You can check out a trailer for Red Death mode, below.

Here’s a detailed rundown of how the mode will work:

You can gain new units and supplies in the following ways:

I groaned when I found out Civilization VI was doing the battle royale thing, just like you probably did, but it looks like Firaxis has actually put a lot of effort into the mode. And hey, a more strategic take on the battle royale concept for those of us who aren’t great at competitive shooters actually sounds kind of appealing. So yeah, groan if you must, but I think this might be fun.

The Civilization VI September update is available on PC right now. Civlization VI is also available on iPad and Nintendo Switch, but those versions are on a delayed update schedule.