Churchill Capital Corp. IV (CCIV) Shares Were Dumped After Lucid Motors’ User Experience Event, Even Though Some of the Most Potent Bullish Catalysts Lie Just Ahead 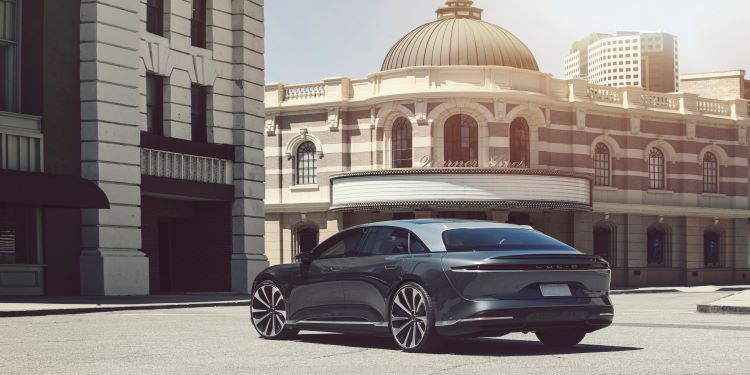 Lucid Motors, a promising manufacturer of electric vehicles that is set to go public soon by merging with the SPAC Churchill Capital Corp. IV (NYSE:CCIV), appears to have lost investor interest just as some of the most potent bullish catalysts appear on the horizon.

As an illustration, in the aftermath of yesterday’s Lucid User Experience (UX) event, in which Lucid Motors showcased integration with Amazon’s Alexa, Apple CarPlay, Android Auto, Dolby Atmos, etc., the shares of Churchill Capital IV were paradoxically dumped, with the stock registering a loss of around 5 percent after the conclusion of the event. According to the word on the street, some investors were miffed over the lack of an announcement regarding an expansive partnership with Apple.

As we elaborated in a previous post, it is quite unreasonable to expect an expansive partnership with Apple at this stage, given that the CEO of Lucid Motors, Peter Rawlinson, quite categorically denied any direct contact with the iPhone manufacturer in a recent interview. Nonetheless, even without this sought-after tie-up, Lucid Motors presents a phenomenal upside potential, with major bullish catalysts lurking just around the proverbial corner.

Firstly, Lucid Motors is all set to consummate its merger agreement with Churchill Capital IV within the next few weeks, with the date of a special meeting of the SPAC’s shareholders expected to be announced in the next few days. Even though post-merger stocks posted large losses immediately after completing the de-SPAC process back in March, characterized by a broad-based investor rotation out of this sector, this regime has largely reversed now:

Consequently, Lucid Motors is expected to post a healthy gain after completing the much-anticipated de-SPAC process with Churchill Capital IV. Additionally, as per a recent Analyst Day presentation filed by the SPAC with the SEC, Lucid Motors has now built 74 pre-production Lucid Air units, and plans to commence its production run for final quality validation in June. This means that the EV manufacturer will likely be able to start delivering the Air EV by July 2021, with around 500 units expected to be delivered in the second half of this year. Readers should note that Mr. Rawlinson caused some consternation a few days back when he refused to commit to a delivery target of 20,000 units for 2022. However, we believe that the company will be able to meet its target output, given the continued capacity ramp-up at its AMP-1 facility in Arizona. All of this sets the stage for a sustainable upward trajectory for the stock in H2 2021 and beyond.

On the macroeconomic front, Lucid Motors and other EV manufacturers stand to benefit handsomely from a concerted policy push toward electrification. As an illustration, the US Senate Finance Committee advanced legislation on Wednesday that would boost EV tax credits to $12,500 from the current $7,500 level for electric vehicles that are assembled by union workers in the United States. In order to qualify, the EV must retail for less than $80,000. In the event of a lack of unionization, the credit would only amount to $10,000. Moreover, the bill also includes a 30 percent tax credit for manufacturers to retool or build new facilities to produce advanced energy technologies. The aptly named "Clean Energy for America" bill plans to phase out this tax credit after three years once EVs constitute 50 percent of the passenger vehicle sales.