Chinese Manufacturer Takee Promises What Could Be The World’s First Holographic Phone – Take A Look At The Takee 1!!

As time passes, we see smartphones and other gadgets getting better day by day. This is only natural of course. Nowadays, all the hype seems to be surrounding Apple's upcoming iPhone 6 and its features. But today we have something different for you. And its straight from China. Recently, Chinese manufacturers made headlines around the world when released their own iPhone 6 versions. These were, of course not the real thing, but clones. Kudos to the Chinese for cloning a device even before its official release. Well, today's news is much different and is more technologically sound. Chinese manufacturer Takee has unveiled what it claims to be the world's first holographic smartphone. 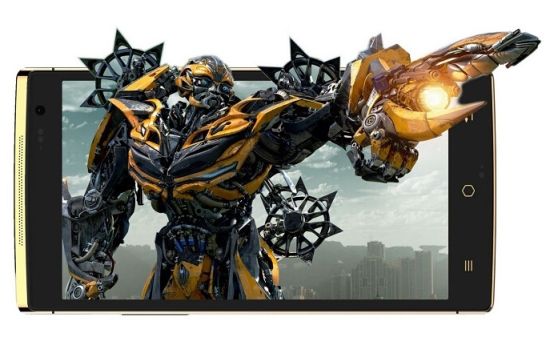 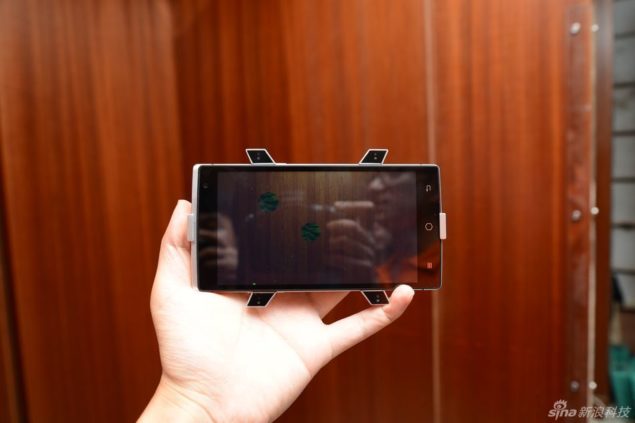 Promising as it sounds, it doesn't get us too excited. All of this sounds very similar to the features offered by Amazon's Fire Phone. The Takee 1 delivers 3D elements that seem visible only to the user. It's a long shot if the images on the Takee 1 actually end up 'popping' out of the screen and deliver a complete holographic experience. In addition, the 'holographic' experience on the Takee 1 is only possible if you snap on the accessory (shown above), on it. In addition to promising a holographic experience, the Takee 1 also promised other features. These include 3D games and 3D movies all through the holographic experience highlighted above. It has other features too, such as air-touch and air-unlock. There's a complete gallery of Takee 1 pictures, courtesy of sina.com for you to enjoy below. 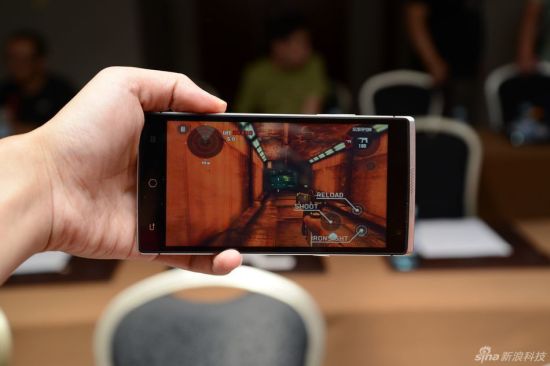 The Takee 1 comes with a 5.5 inch display, with a 1080p resolution. The processor on the smartphone is MT6592T octa-core processor. The Takee 1 also has a 13 MP Sony Exmor IMX135 camera. The smartphone also comes with a 5 MP front camera. It is powered by a 2500 mAh battery. According to Takee, the Takee 1 has a dual stereo speaker setup and is built using 3D cutting technology. The Takee 1 will be released in white and black grey, with a limited 18k gold model also being available. Impressed? Let us know in the comments section.