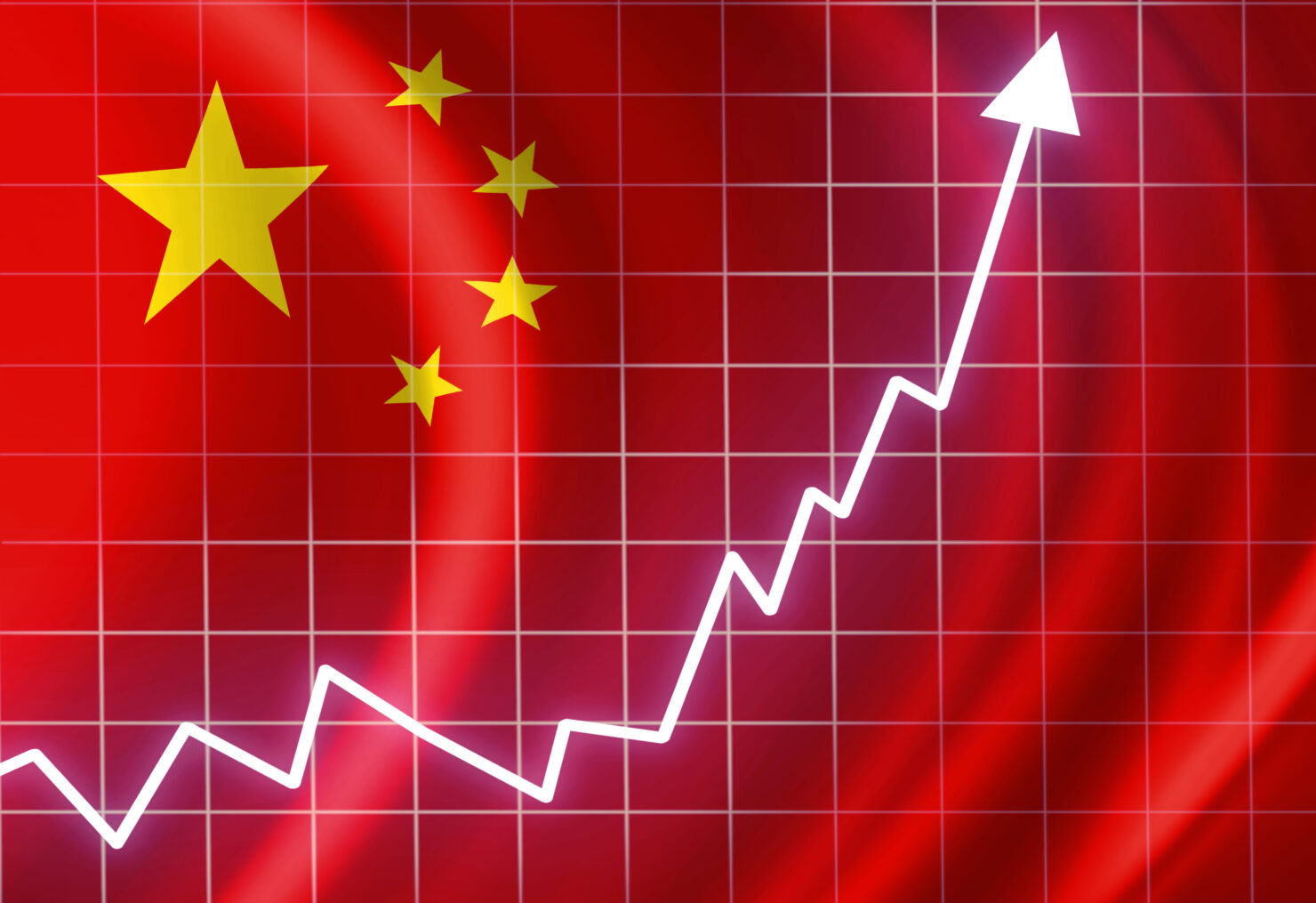 China’s Purchasing Managers Index (PMI) – a closely watched gauge of the prevailing economic trend – entered expansion territory in March with an official reading of 52.0, handily beating the projections by analysts.

Analysts at Reuters had expected a PMI reading of 45.0 for China in March, a modest improvement from a record low reading of 35.7 in February. Bear in mind that a PMI reading above 50.0 indicates an economic expansion, while a reading below this threshold signals contraction. 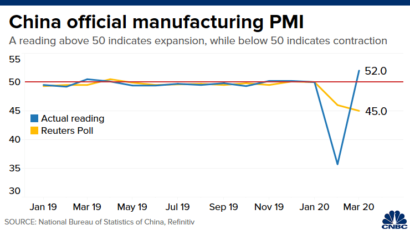 As far as a breakdown of China’s PMI reading is concerned, the sub-index of manufacturing production accelerated to 54.1 from the level of 27.8 in February. Similarly, the reading for new orders surged to 52.0 from 29.3 last month. However, new export orders registered a relatively underwhelming recovery, rising to a reading of 46.4 from 28.7 in February.

While announcing the PMI numbers, China’s National Bureau of Statistics noted a continuing improvement in the prevention and control of the coronavirus (COVID-19) outbreak in the country, which, in turn, allowed for a significant acceleration in the resumption of manufacturing activities. Nonetheless, the bureau cautioned that the rebound occurred from an abnormally low base in February and that the latest PMI reading for China should not be viewed in isolation as being indicative of economic normalization in the country.

The story in China through much of late January and into February was that of shuttering of factories amid expanding quarantines to combat the spread of the coronavirus. This led to a significant supply shock as production throughout the country ground to a halt. However, as the pandemic continues to wreak havoc across Europe and the USA, China’s exporters are now having to grapple with export orders being terminated in significant volume, thereby, translating to a demand shock. As an illustration, the country’s vice minister for industry Xin Guobin noted in a press conference on Monday that China’s foreign trade could experience further deterioration from the 17.2 percent decline in exports witnessed during January – February.

Echoing this cautionary tone, Nomura economists said in an investment note published after the latest PMI reading for China was released:

“We view the jump in both the manufacturing and non-manufacturing PMIs in March as a one-off gain from the very low comparison base in February.”

Consequently, Nomura warned that a potential second wave of coronavirus infections and an aggravation in external demand slump are significant downside risks for China that could result in tens of millions of job losses in the country.

“The seemingly strong readings in the March PMIs do not mean Beijing will be complacent. By contrast, we think Beijing is quite aware of the dire situation and will step up financial relief and stimulus in coming weeks.”