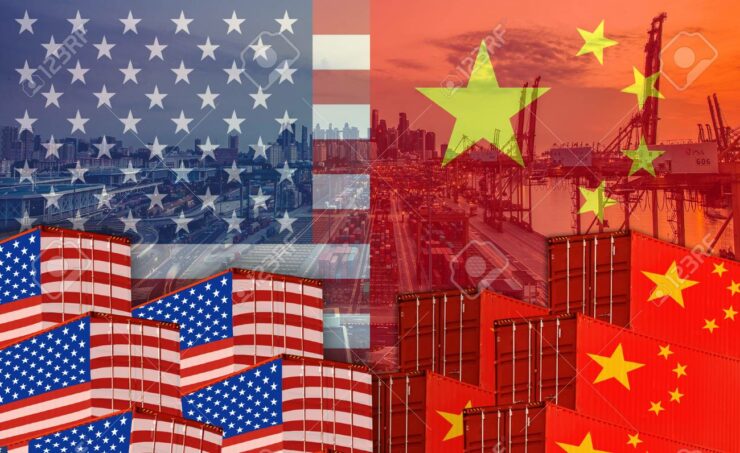 In a development that is bound to inflame already heightened tensions during a make-or-break week for the U.S. – China trade-related negotiations, Beijing has signed off on a directive to remove all foreign-sourced software and hardware components from public offices. The order poses material ramifications for U.S. tech companies – including HP (NYSE:HPQ), Dell (NYSE:DELL) and Microsoft (NASDAQ:MSFT) – that draw significant revenues from such sourcing deals.

This directive from the Chinese Communist party’s Central Office constitutes the first such instance in the public sphere where specific instructions to switch to domestic technology vendors have been relayed to Chinese buyers. Moreover, the move seems to have been orchestrated as a direct retaliation against efforts by the Trump administration to curb the use of Chinese technology in the U.S.

Although the directive is not yet publicly available, two cybersecurity firms have informed the Financial Times of learning about this policy from their clients within the Chinese government.

This step appears to be a key manifestation of sustained attempts by Beijing to increase China’s reliance on domestic technologies and is likely to inflate concerns regarding the eventual “decoupling” of supply chains between the U.S. and China.

According to a comprehensive analysis of this policy by China Securities, 20 million to 30 million foreign-sourced components will have to be replaced within the next 3 years in a “3-5-2” pattern: 30 percent of the components will be slated for replacement in 2020 followed by 50 percent in 2021 and the residual 20 percent in 2022. China appears to be introducing this so-called 3-5-2 policy as a concrete step in the implementation of the 2017 Cyber Security Law that called for the use of “secure and controllable” technology in the country.

Paul Triolo of the Eurasia Group consultancy was quoted by FT as saying, “China’s 3-5-2 programme is just the tip of the new spear. The goal is clear: getting to a space largely free of the type of threats that ZTE, Huawei, Megvii, and Sugon now face.”

As a refresher, the U.S. Commerce Department, earlier this year, placed 8 Chinese facial recognition and AI companies – including SenseTime, Megvii and Hikvision (SHE:002415) – along with 20 government agencies of China on a blacklist in October over “human rights violations and abuses in the implementation of China’s campaign of repression, mass arbitrary detention, and high-technology surveillance against Uighurs, Kazakhs, and other members of Muslim minority groups.”

In a similar vein, the Federal Communications Commission relayed an order on November 22 that prohibited rural U.S. carriers from tapping the Universal Service Fund (USF) to purchase 5G components from Huawei. This is, of course, not the only punitive measure faced by Huawei recently. In May, Huawei was placed on the U.S. Entity List which forces American companies to seek a prior approval from the U.S. administration before transacting with the blacklisted entity. Nevertheless, Huawei was granted a temporary license in June and then again in August to facilitate the smooth progression of business transactions while China and the U.S. continued their negotiation of a trade agreement. Last month, the Commerce Department extended Huawei’s temporary license for another 90 days (read our coverage here).

According to an analysis by Jeffries, U.S. tech companies generate as much as $150 billion in annual revenues from China. Though the bulk of this cash stream is generated from the Chinese private sector, this policy is bound to severely curtail the proportion of the headline cash flow that comes from the Chinese government and its agencies.

Nonetheless, China does face strong headwinds in the implementation of this 3-5-2 policy. An overwhelming majority of software vendors throughout the globe develop products for either Microsoft’s Windows or Apple’s (NASDAQ:AAPL) MacOS ecosystem. Although Microsoft produced a “Chinese Government Edition” of Windows 10 in 2017, Chinese cyber security companies now say that their clients within the government have been asked to completely switch to Chinese-made operating systems such as the Kylin OS. A key problem with this approach, however, lies in the fact that Kylin and other domestic OS solutions have a much smaller ecosystem of developers producing compatible software. Another challenge arises from the ambiguity surrounding the term “domestically made”. As an illustration, Lenovo (HKG:0992) is a Chinese company that assembles many products in China. However, its computer processor chips are made by Intel and its hard drives by Samsung. Consequently, the appropriate thresholds for some inevitable foreign components will have to be established as part of this policy.

This is a crucial week for U.S. – China trade negotiations as fresh American tariffs are due to come in force on Sunday. As part of any deal, China has demanded a complete reversal of all tariffs that have been imposed by the U.S. on imports from China. Therefore, the revelation of this 3-5-2 Chinese policy at this crucial juncture muddies the already murky waters and does not bode well for a swift resolution of the conflict that has held the global economy hostage for the better part of two years now.