If you’re the kind of person who uses social networks a lot, you must have Facebook, hence, you must also have come across ChatHeads in the latest update of Facebook. ChatHeads are initially a notification aid for Facebook and allows you to respond to Facebook messages in a jiffy. When you are not using Facebook or playing a game, ChatHeads pops up on your screen for easy and quick responding. ChatHeads take a portion of the screen and can be used to send texts, videos and images possibly everything that you do in the application. Hence, it gained popularity and was a huge success since you don’t have to open an application in order to reply to your messages. 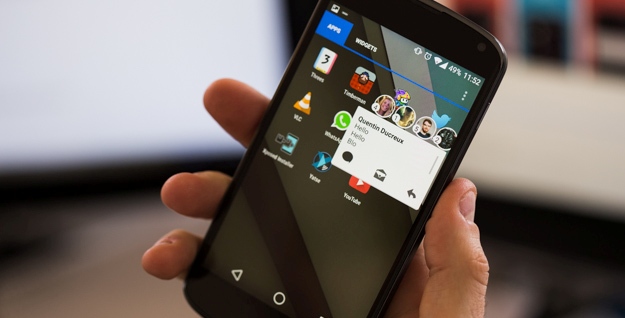 But what if you’re not on Facebook and still use social media? Then you must have WhatsApp, like everybody else have who uses a smartphone. The point of this post is that developers have found out a way to harbor the ChatHead feature to the worldwide famous messenger, WhatsApp. By aiding your whatsapp with ChatHeads you can save a lot of your time of your precious life. So if you love ChatHeads, like we do, then it’s your lucky day because we have two apps to showcase with their own set of pros and cons and devise what’s best for you.

This is the first application of what we talked about earlier; it gives easy access to ChatHeads irresponsive of any application that you are running. To be honest, Seebye is one of the two apps chosen here because it’s stable to date! Otherwise, it lags quite a bit and takes time when responding. The benefit we get with this app is that there is no delay in receiving WhatsApp messages in either Seebye application or WhatsApp. However, other applications might take a minute or so to do that. 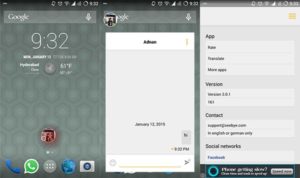 There is no full version or paid version available for Seebye, which means you have to deal with all the dejected ads that may show up. Another benefit we get by Seebye is that we are bestowed with the ability to customize the color of ChatHeads which is not present in Facebook Messenger. The ChatHeads in Seebye takes 2-3 seconds to pop up which isn’t that impressive but it’s in its early stages so we shouldn't expect much. What really got me installing this app is that Seebye doesn’t show your last seen just by viewing the message. This is as the application offers.

This application that also provides the same feature of providing ChatHeads to WhatsApp is available on the Google Play Store. Dashdow enables you to view messages received in a glimpse without even opening the WhatsApp conversation. If you’re too lazy, you can also access ChatHeads on the lock screen. The way it works is that when you click the ChatHeads, a dialogue box pops up where you can send and read texts. Further when you tap the ChatHead, it takes you to the WhatsApp conversation. Take a look how the app looks like in the screen shots. 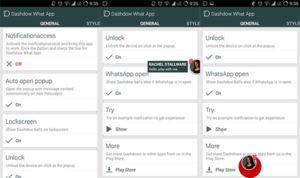 You can also add ChatHeads for a specific group or a person, just like we see on Facebook ChatHeads. One of the other great features of this app is that you can just tap the ChatHead on your locked screen and the device will unlock automatically. There are currently two versions available, free and paid. You need to buy the full version of this application to access the ChatHead of an actual person. You can get the Dasdow WhatsApp on Google Play now!

The Dashdow WhatApp is more satisfactory to the user because it provides less lag as compared to the Seebye ChatHeads. However, you cannot personalize ChatHeads in the Dashdow WhatApp  unlike customization present in the Seebye app which is remarkable. Since both of these apps are designed to placate the user, they both deserve a try. However, if we specifically recommend you one of the two, Dashdow would be the best option if you want a Facebook Messenger like experience. If you go for any of them do let us know and give your feedback if you found this post helpful.